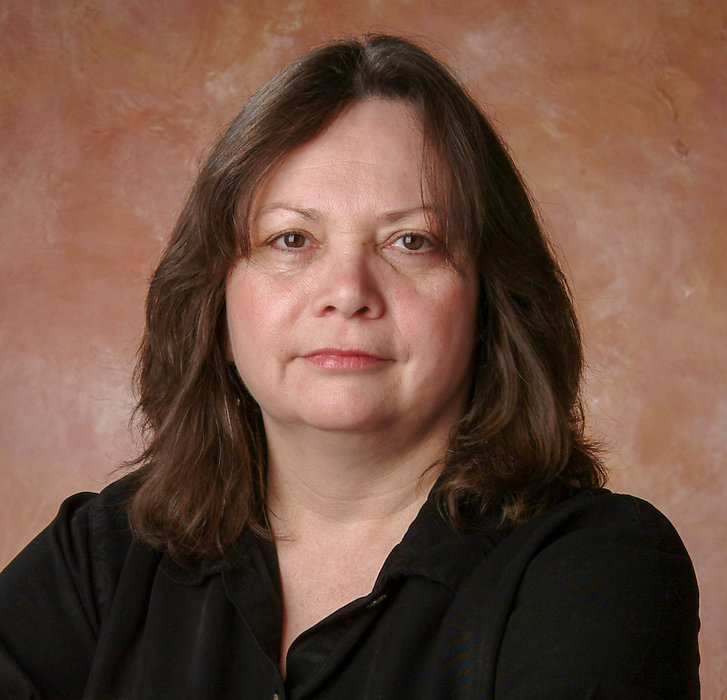 Dawn Dark Mountain’s heritage is an integral part of her artwork. She uses controlled, intricate watercolors to create visual narratives of her Iroquois background. As a member of the Turtle Clan of the Oneida Tribe of Wisconsin, one of the Six Nations of the Iroquois, she uses her watercolors and woodcuts to connect traditional and present day Woodland Indian ideas, philosophies, and stories. Dawn Dark Mountain has been a professional artist since 1989, after completing her BFA from the University of Arizona and working as an art teacher for several years. She participated in the opening of the Smithsonian’s National Museum of the American Indian in 2004 as an exhibitor at the Indian Market, served as an artist-in-residence at the Eiteljorg Museum of American Indians and Western art in 2010 and 2012, and has received numerous awards for her works. 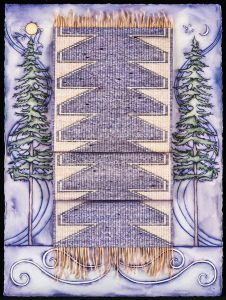 According to Dark Mountain:

Using stories and traditions from my own Woodland culture, I translate traditional Iroquois beadwork designs into patterns and boarders in my paintings. I also try to use the traditional meanings of different designs in creating each piece. The paintings themselves thus become visual stories, enhanced by the written narrative that I create for each one. My work has a strong connection to my cultural background. This is evident not only in the obvious storytelling quality of many of my pieces but also in a reverence for the earth and all life. I also seek to draw connections between the cultures of the past and the contemporary life of Native peoples, following the paths that traditions and art have taken over the centuries and interpreting them in a new way.

Dawn Dark Mountain will use her time at SAR to continue her work on a series of paintings and prints about the Treaty of Canandaigua of 1794. In recognition of the friendship and rights of the Six Nations, in 1794 the United States pledged and annual payment of trade goods including calico cloth to the Iroquois Nations. This payment continues to this day.  Inspired by this treaty, Dark Mountain is creating a series based on the traditional yearly harvest festivals of the Iroquois, producing new calico designs painted with watercolors but creating the feeling of cloth. While at SAR, she intends to finish three pieces in her series: the Green Bean, Corn, and Harvest festivals. These pieces will incorporate words from the treaties as well as traditional raised beadwork.  Dark Mountain welcomes the fellowship as an opportunity for uninterrupted work, to meet and share ideas with other artists, and to study the collections at the Indian Arts Research Center to inspire further works.

Dawn Dark Mountain was the Eric and Barbara Dobkin Fellow at SAR in 2015.
Videography by John Sadd.

Join us on May 21 to hear about her experience as the 2015 Eric and Barbara Dobkin Native Artist Fellow. The evening will conclude with a visit to the Dubin Studio to see Dark Mountain’s work.