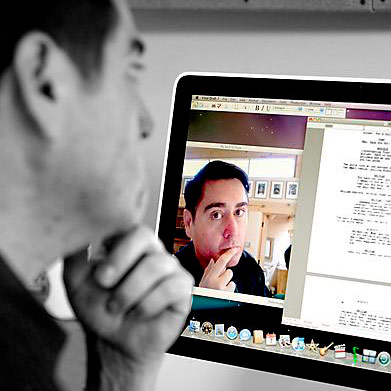 Cedar Sherbert is the 2008 Rollin and Mary Ella King Native Artist Fellow. An accomplished Kumeyaay filmmaker, he has created several critically acclaimed films and won awards at the Los Angeles Film Festival, imagineNATIVE Film and Media Arts Festival, and the American Indian Film Festival, among many others.

Cedar’s first film and thesis project, Memory, premiered at the 2004 Sundance Film Festival. His short film, Gesture Down (I Don’t Sing), an adaptation of the poem “Gesture Down to Guatemala” by the late Blackfeet/Gros Ventre writer James Welch, also premiered at Sundance in 2006. Recently, Cedar completed a feature-length adaptation of Sherman Alexie’s short story “The Life and Times of Estelle Walks Above.” Cedar has also taught film theory courses at Kumeyaay Community College and led youth video workshops through the Heart of Los Angeles Live Arts Group and the Owens Valley Career Development Center.

During his tenure at the Indian Arts Research Center, he plans on finishing a third and fourth draft of his untitled fictional film, known as the “Biscuit” project, and create a pre-production plan. The Biscuit project centers on a life-changing two-week period in the lives of a headstrong Native American mother, Joyce, and her sensitive gifted daughter, Biscuit.

Cedar is based in Los Angeles, CA. He has a BA in Comparative Literature and MFA in Film Production from the University of Southern California. He will be on campus from September 2 through December 1.

The School for Advanced Research is pleased to welcome Cedar Sherbert as the 2008 Rollin and Mary Ella King Native Artist Fellow.