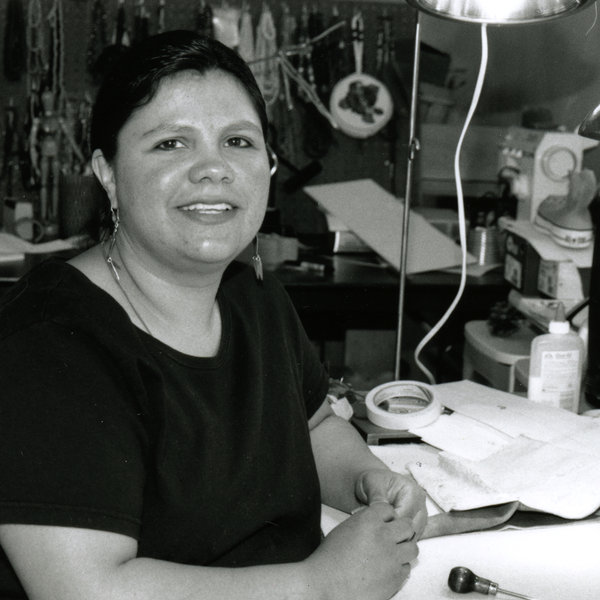 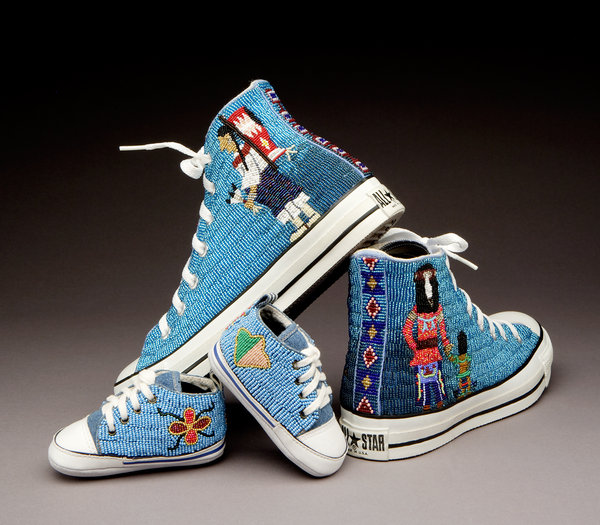 An outstanding bead worker, Teri has won awards for her beading every year since 1997 at the Heard Museum Fair and Market in Phoenix, the Southwestern Association of Indian Arts Market in Santa Fe, and the Eight Northern Pueblos Arts and Crafts Show held yearly in northern New Mexico. In 1999 Teri won Best of Show at the Santa Fe SWAIA show for a pictorial umbrella.

Teri grew up on the Wind River Reservation in Wyoming, although her roots are in the Kiowa country of Oklahoma. Teri began beading when she was eight years old. Her mother, Jeri Ah-be-hill, operated a trading post that specialized in beadwork on the Wind River reservation. Teri says, “By repeating to customers what I heard her saying when she was selling to and educating the public, I unknowingly gained a broad knowledge of different beadwork from tribes around the US.”

Teri’s dedication to her work is evident when you speak to her. She is equally dedicated to the practice of her art and educating the public about beadwork. “I have two main professional goals in my work,” Teri says. “The first goal is to provide for my family in the way that my grandmother provided for her family. Being able to do what I love, beadwork, and earn a living through it is a true blessing. Being able to dream and imagine something into being makes me completely happy and ultimately humbles me because I know that these things come from beyond me. The second professional goal I have is to educate. I believe by speaking the history and values of my people through my work, I can help bring balance into the world my children will grow up in.”

Teri will be at the School for Advanced Research, Indian Arts Center from February 17 through May 17, 2003. Please stop by and visit with this remarkable and talented woman.