The Indian Arts Research Center is pleased to announce Dominic Henry as the inaugural Anne Ray Native Intern. An M.A. candidate in Museum Studies at the University of Oklahoma and a member of the Diné (Navajo) Nation, he plans to pursue a career in museum collections or curation. His goals include spreading the wealth of museum collection practices to other tribal museums and indigenous museums beyond American borders. According to Dominic:

“On our reservations, museum professionals are just as valuable as our tribal leaders, teachers, journalists, etc…Tribal museums inform the world of our identity, languages, and perspectives. As our Native cultures evolve, we must always invest priority on our traditional values[;] they symbolize our core identities. I perceive working with indigenous collections as a spiritual task, considering [that] each object, big or small, expresses a story significant to a community.”

During his tenure at IARC, Dominic will be dividing his time between collections, registration, education, and academic projects. He will participate in SAR’s colloquium series and work on staff projects, as well as attend a professional conference during his tenure from September 1, 2009 through May 31, 2010.

Dominic has served as an intern at the Smithsonian Institution’s National Museum of the American Indian, Albuquerque Museum of Art and History, Petroglyphs National Monument, and Indian Pueblo Cultural Center. He also worked as a resident and teaching assistant at the Southwest Indian Polytechnic Institute in Albuquerque, NM, where he supervised Upward Bound high school students and co-taught a Native American Studies course. He holds a B.A. in Anthropology and minor in Native American Studies from the University of New Mexico.

The Indian Arts Research Center is pleased to have Dominic Henry as the 2009 Anne Ray Native Intern. 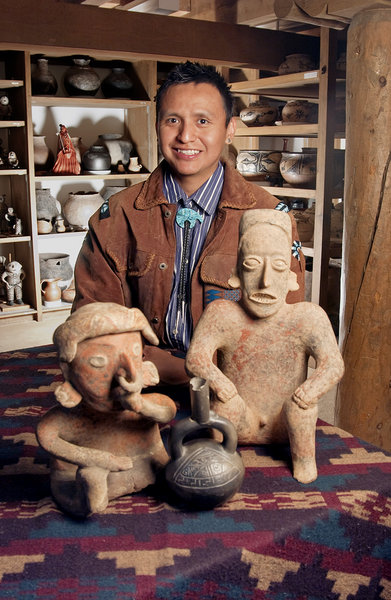 Kendall Tallmadge is the 2009 Harvey W. Branigar, Jr. Native Intern at the Indian Arts Research Center. A recent graduate of Beloit College with a B.A. in Anthropology and minor in Museum Studies, Kendall plans on becoming a resource to Native communities in regards to research, heritage preservation, and educational outreach. A member of the Ho-Chunk Nation, Kendall writes:

“My current goal [is to] restart my family’s museum…One of the eventual goals of the Winnebago Indian Museum is to provide a venue where Native American artists can showcase their work and make connections to both the local Native and non-Native communities.”

Just beginning her career, she has already served as a museum consultant for the Ho-Chunk Nation, museum assistant at the Logan Museum, repatriation office intern at the Smithsonian Institution’s National Museum of Natural History, and student curator at the Wright Museum of Art. In 2007, Kendall also received the John W. Bennett ‘37 Prize in Anthropology for organizing Native American Awareness month at Beloit College.

During her time at IARC, Kendall will be dividing her time between collections, registration, education, and academic projects. She will participate in SAR’s colloquium series and work on staff projects, as well as attend a professional conference during her tenure from September 1, 2009 through April 30, 2010.

The Indian Arts Research Center is pleased to have Kendall Tallmadge as the 2009 Harvey W. Branigar, Jr. Native Intern. 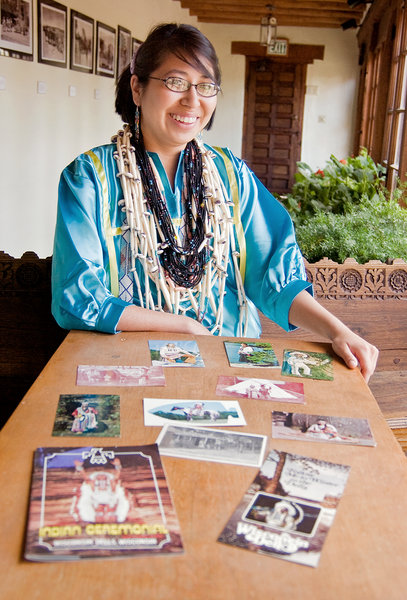 The Summer Policy Academy at the Santa Fe Indian School and the School for Advanced Research signed a memorandum of understanding in 2010 to support one summer intern at the Indian Arts Research Center. The purpose of the internship is to help students affiliated with the Summer Policy Academy gain work experience, broaden their perspectives, and introduce them to the museum field. The SPA and SAR are pleased to welcome Olivia Mermejo as their first summer intern.

Olivia Mermejo is from the Pueblos of Picuris and Pojoaque. She attended the Santa Fe Indian School and graduated in 2010. While in high school, she was a student athlete who maintained a 3.5 GPA. Running cross country and playing basketball were her highlights in high school—in her senior year, she was a state runner-up in cross country and also a state champion in basketball.

During the summer of her ninth-grade year, she interned at the Santa Fe Children’s Museum. She was in the Earthworks department and helped to maintain the gardens and feed animals. She also held programs in the gardens for the children. In the summer of her eleventh-grade year, she interned in Senator Tom Udall’s office, where she assisted with setting up meetings with Pueblo officials. She has also participated in other summer programs, such as the Summer Policy Academy and sports camps.

Now that she has graduated from high school, she looks forward to attending the University of New Mexico in the fall. She wants to major in the medical field but also explore many other disciplines. While in college, she wants to study abroad and experience the world. Her goal is to become enriched by as many cultures and experiences as she can and bring the knowledge back to her Pueblos and help her people.

While at SAR, Olivia will primarily be working on projects related to education and programming. She will also work on small projects in registration and collections management. 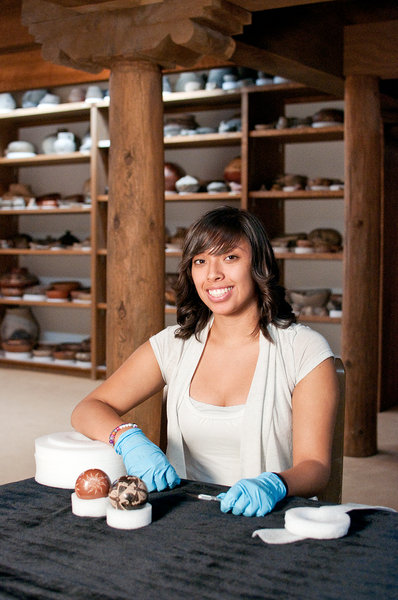