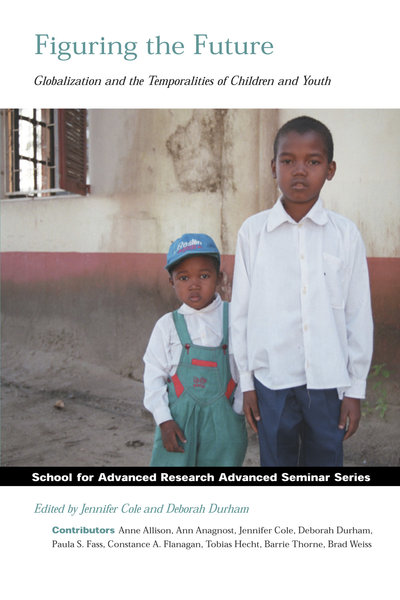 Globalization and the Temporalities of Children and Youth

Child laborers in South Asia, child soldiers in Sierra Leone and Uganda, Chinese youth playing computer games to earn virtual gold, youth involved in sex trafficking in the former Soviet republics and Thailand: these are just some of the young people featured in the news of late. The idea that young people are more malleable and the truisms that “youth are the future” or “children are our hope for the future” give news stories and scholarly accounts added meaning. To address how and why youth and children have come to seem so important to globalization, the contributors to this book look at the both the spatial relations and the temporal dimensions of globalization in places as far apart as Oakland, California, and Tamatave, Madagascar, in situations as disparate as the idealization of childhood innocence and the brutal lives of street children. Discourses of, and practices by, youth and children, from the design of toys to political mobilization, are critical sites through which people everywhere conceive of, produce, contest, and naturalize the new futures.

“Poignantly rendered by the authors of this volume’s essays reinforce its central claim about the importance of using youth culture as a lens for increasing our ‘understanding of the figuring of the future for all age groups in the contemporary moment.’”
—Nicole Newendorp, Harvard University, Journal of Comparative Family Studies, vol. 41, issue 3

“This volume constitutes an excellent product of…child focused studies….Contributors underline the dynamism in children and youth lives and the connections between their micro contexts and globalscapes….If the core question that inspired the book is how the future is figured, the contributors to this volume have succeeded in offering new insights into the forms of agency and the social dimensions that will be influential in this process.”
—Valentina Mutti, University of Milan Bicocca, Italy, Ethos, 8/09

“This edited volume will be a welcome and much sought after addition to the vibrant and expanding literature on childhood, youth, and globalization.”
—Lukose Ritty, University of Pennsylvania