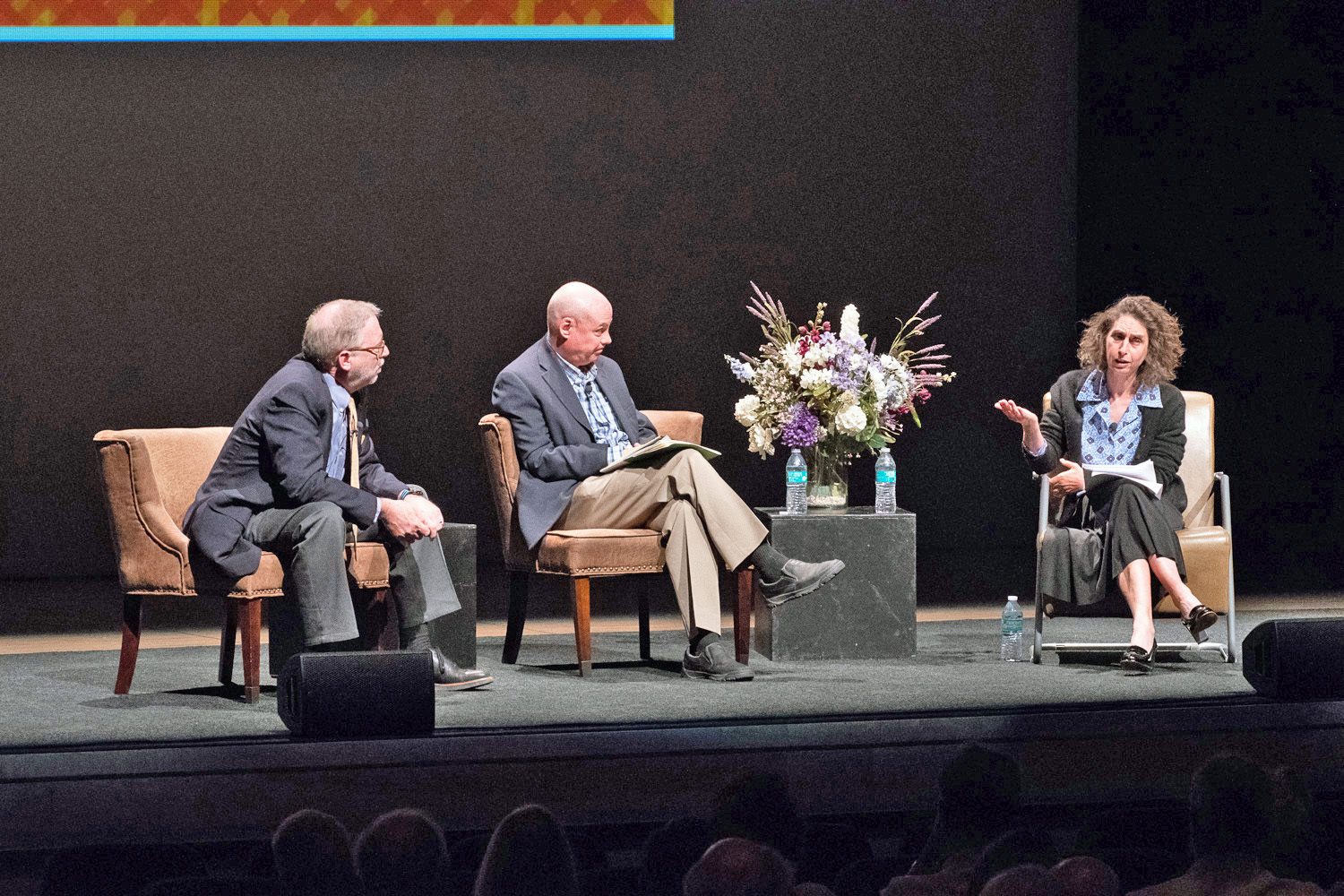 On June 1, 2018, the School for Advanced Research and The Nature Conservancy in New Mexico hosted New Yorker staff writer Elizabeth Kolbert at Santa Fe’s Lensic Performing Arts Center.  The event drew a capacity crowd of more than 700.  Kolbert presented a 30-minute talk that was followed by an on-stage Q&A by Terry Sullivan, director of The Nature Conservancy NM, and SAR president Michael Brown. This event, the title of which was “The Fate of the Earth,” was presented under the auspices of SAR’s annual President’s Lecture.

Kolbert’s work for the New Yorker has covered a diverse array of topics, but in recent years she has become known especially for her work on species extinction and global climate change.  She was awarded a Pulitzer Prize in 2015 for The Six Extinction: An Unnatural History.

Although her talk discussed the astonishing rate at which species are disappearing in most parts of the world—a rate many scientists feel is comparable to five other mass extinction events dating as far back as 450 million years—many of the questions posed by her interviewers and members of the audience (via social media) turned on the matter of climate change. New Mexico and much of the Southwest are experiencing extreme drought conditions this year, as well as unusually high temperatures. 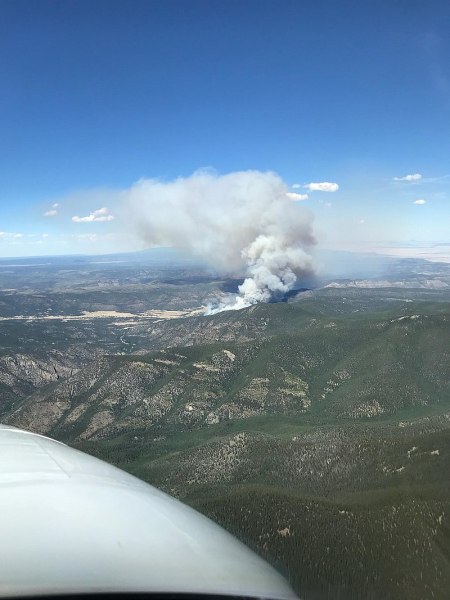 During Kolbert’s visit, the Ute Park fire in northeastern New Mexico was expanding to 37,000 acres. As of this writing, it has still not been completely contained. An avid hiker, Kolbert’s plans were partially curtailed when the U.S. Forest Service closed some of the most popular hiking trails around Santa Fe because of the extreme fire risk. In short, climate change was on the minds of everyone in the hall because it had a local salience that surpassed that of species extinction.

A question voiced several times during the event was why the American public is so divided on policies related to climate change.  Among the most frequently cited explanations for this troubling hostility or indifference: mistrust of educated elites; the rise of anti-scientism; the cynical manipulation of public opinion by politicians and business interests who stand to lose if the U.S. frees itself from dependence on fossil fuels; and fear of the massive social changes required to reduce our carbon footprint.  All of these factors play a role, yet they don’t seem entirely persuasive.  Are there deeper reasons for public indifference?

An important distinction to make is between contemporary climate change and explanations of its ultimate cause.  Evidence that the climate is changing is far more visible to the public than are the factors that drive it.  This is especially true in coastal areas ranging from south Florida and Louisiana to Alaska. Boston and New York City aren’t far behind.  Insurance companies are already figuring this into their risk algorithms and premiums, as is the U.S. military.  True, we still have to endure the nattering of people who don’t understand the difference between climate and weather, prompting them to point to the latest record low temperature as proof that global warming is a myth.  On balance, however, people who are attuned to land and water—farmers, civil engineers, Arctic hunters, ski resort owners, and the like—are unlikely to dispute the reality of climate change.

As for causes, skeptics in this part of the world point out that cyclical drought has a long history in the Southwest and has been blamed for the apparent collapse of the Chaco Culture.  Looking farther back, ice ages reshaped much of the planet long before humans were in a position to register a significant impact on earth’s atmosphere.  By that logic, giving up our gas-guzzlers and coal-fired power plants is futile.  Of course, for that argument to carry weight one is obliged to ignore the cumulative impact of adding 2.4 million pounds of CO2 emissions to earth’s atmosphere every second.

Which brings us to the issue of scale—that is, how to imbue people with a sense of planetary duty when their individual contribution to the problem verges on the microscopic, especially when the processes involved extend beyond multiple human lifetimes. Would it truly make a difference to the earth if I skipped an annual vacation flight to Cancún?  Why should I acquiesce to the closing of my local coal-fired power plant when it means that I and other members of my community will lose our jobs and be reduced to penury while moralizing elites charge their Teslas with energy produced by wind or sunlight?  This is the tragedy of the commons on a planetary scale.

How to solve this problem is perhaps the greatest anthropological challenge of our time.  A ray of hope emerged in a case mentioned by Elizabeth Kolbert toward the end of a panel discussion at SAR the morning after her lecture, an event that featured two scientists and a representative from Jemez Pueblo.  Kolbert briefly mentioned the Danish island of Samsø, which over the course of a decade voluntarily turned itself into a net-zero community.  This success story is easy to discount.  The island’s population is less than 4,000; islanders benefit from abundant and cheap wind power; Denmark is a wealthy country.  Yet in a case like this we can see a bridge between the individual and the collective. Solving the problem of scale may require thousands and ultimately millions of Samsø-like projects until a sense of a global commons can be created and embraced.  Whether this can happen fast enough to make a difference remains an open question.

[This post is mirrored on Michael F. Brown’s personal blog.]