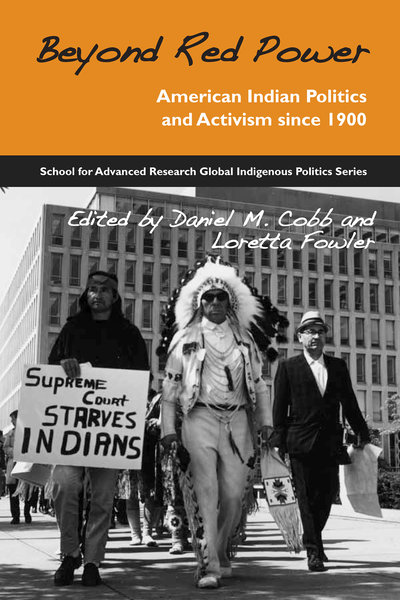 American Indian Politics and Activism since 1900

How do we explain not just the survival of Indian people in the United States against very long odds but their growing visibility and political power at the opening of the twenty-first century? Within this one story of indigenous persistence are many stories of local, regional, national, and international activism that require a nuanced understanding of what it means to be an activist or to act in politically purposeful ways. Even the nearly universal demand for sovereignty encompasses multiple definitions that derive from factors both external and internal to Indian communities. Struggles over the form and membership of tribal governments, fishing rights, dances, casinos, language revitalization, and government recognition constitute arenas in which Indians and their non-Indian allies ensure the survival of tribal community and sovereignty. Whether contesting termination locally, demanding reparations for stolen lands in the federal courts, or placing their case for decolonization in a global context, American Indians use institutions and political rhetorics that they did not necessarily create for their own ends.

“The essays in Beyond Red Power hang together better than most in similar anthologies. It remains an important contribution to the history of American Indian activism.”
—Brian C. Hosmer, University of Illinois at Chicago, Journal of American History

“This book contains sixteen well-written chapters by anthropologists, historians, legal authorities, and Native American leaders. These narratives provide multifaceted perspectives on how Indians, since 1900, have used political activism, other than the militancy of the American Indian Movement, to ensure their survival. Part one deals with contexts for writing a new American Indian political history. Part two shows the encounters between Natives and newcomers that began during the colonial era have continued to the present. Part three provides case studies of contemporary Indian sovereignty in action.

[This book] is a path breaking effort to better understand the complex origins and functioning of modern tribal sovereignty and self-determination.”
—Kenneth Philip, U. of Texas at Arlington, Western Historical Quarterly

“Contributors here do a very good job of describing how and why Native peoples have asserted themselves in recent years….Noted American Indian studies professor Frederick E. Hoxie “throws” down an intellectual gauntlet.”
—B. E. Johansen, University of Nebraska at Omaha, Choice, Vol. 45, No, 11, August 2008