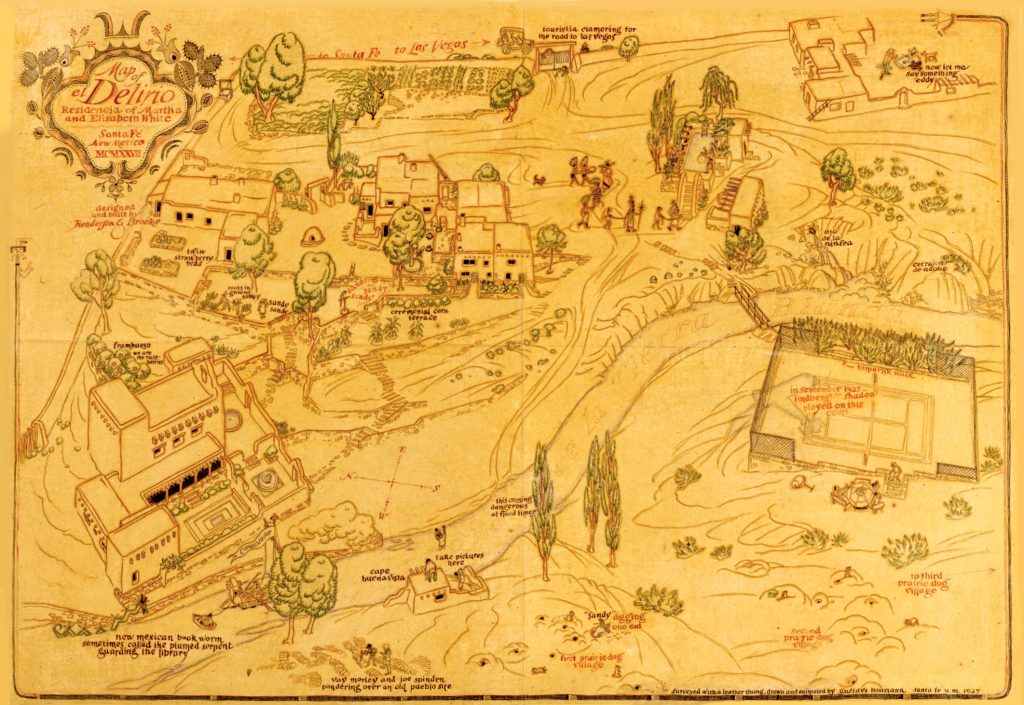 What makes an artwork worth seeing, not just in a book, but in person? What do we see or learn or feel when we stand in front of the work itself? In the case of Gustave Baumann’s map of El Delirio (the estate that would eventually become the School for Advanced Research), I think the answer might be “a sense of humor.”

Baumann is well known for his prints, less so for his paintings and drawings. But these pieces show a whole different aspect of his work says Tom Leech, director of the Palace Press. The press, located at the New Mexico History Museum, recently hosted a first-of-its-kind conference on the artist and his legacy: A Gathering for Gus. After the conference, Leech joined me on SAR’s campus for a closer look at our Baumann holdings, including the map.

“The thing about Baumann,” Leech told me, “is that he never stopped working.” The map represents a kind of paradox: “It’s a totally unique thing. It doesn’t fit into Baumann’s greater body of work except that it’s a Baumann thing.” Although Baumann was incredibly prolific, his work wasn’t like anyone else’s. The map is “simple but not amateurish” and demonstrates his “informality, humor, and confidence.” Leech described Baumann as a craftsman above all else—the kind of person who made frames for his own art. He was always asking himself how the pieces fit together, always solving problems.

Drawn in 1927, his map is also a kind of puzzle, a picture of El Delirio that’s full of little jokes and references to the lives of his neighbors and owners of the estate, the White sisters. Like the sisters, Baumann walks a fine line between fondness, joking, and appropriation, and perhaps this complexity is what makes the map so compelling. Like the sisters, Baumann draws together imagery and ideas from around the Southwest and Latin America to create something uniquely Santa Fe. But he also pokes fun at what he and his friends have helped to create: a place that in 1919 already attracted so many tourists that he had to move from his studio on Canyon Road.

The map is not only a beautiful work of art, it is also finely crafted, charming, and self-aware. Funny, yes, and deeply appreciative of the White sisters. But also, I think, with a bit of an edge—like the best jokes always are. 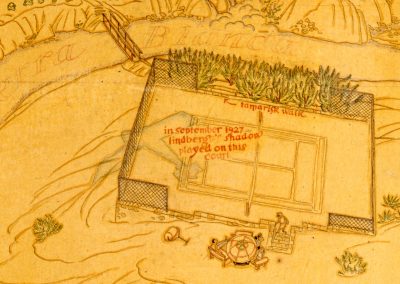 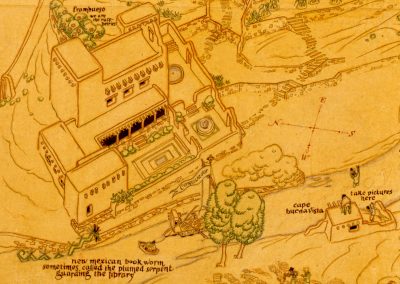 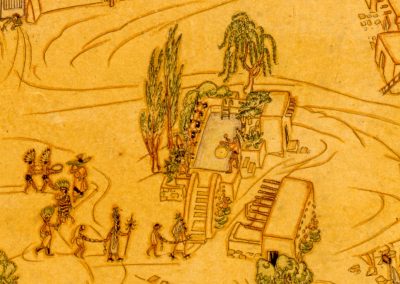 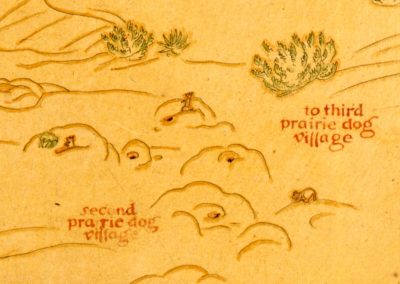 You can see this Baumann work along with the other treasures on the SAR campus by taking one of our historic estate tours.

Learn more and sign up for a tour today