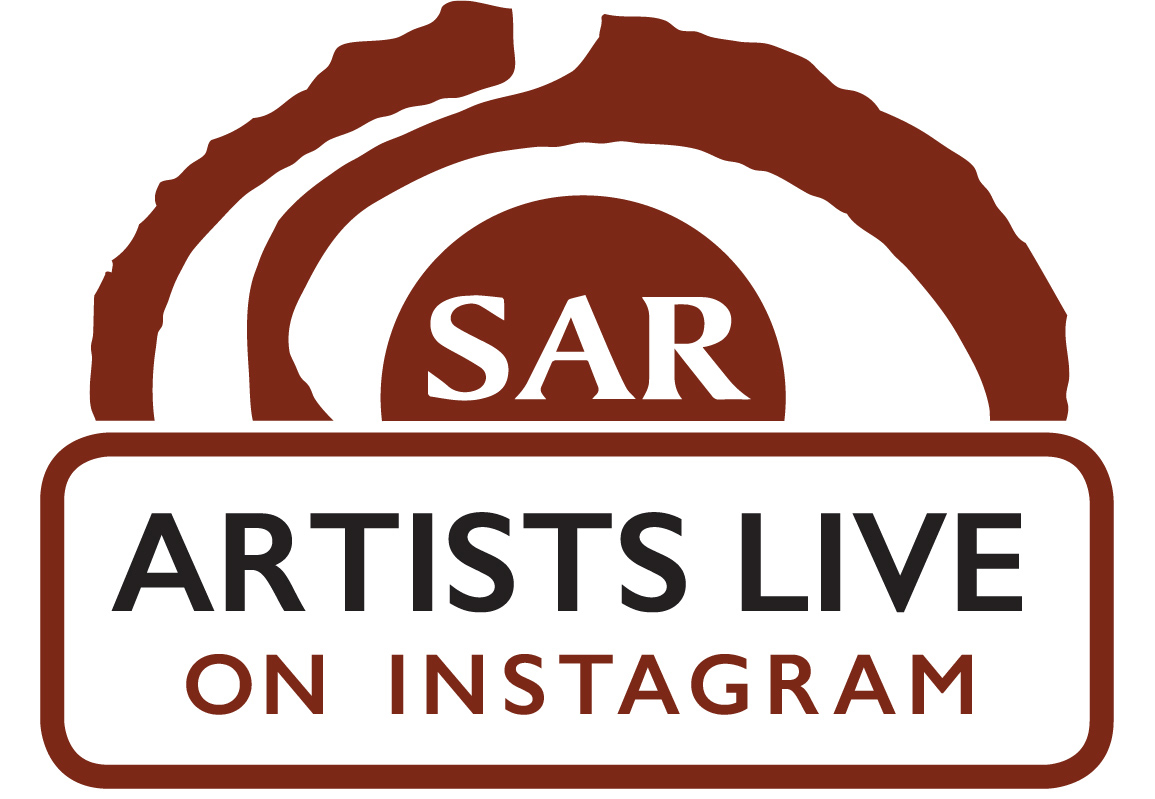 Go Behind the Scenes With Leading Native Artists

Presented in partnership with

Ever wonder what kind of equipment, materials, techniques, and space artists use to create their work? SAR’s new live series on Instagram takes you into the studio with leading Native American artists to find out this and more. Go behind-the-scenes and into the workspace of the many talented artists SAR has partnered with, both past and present. During this live event, participants can gain insight into the artist’s process, find out where they draw inspiration, and learn how current events are impacting their work and changing their outlook. Hosts Elysia Poon, director of SAR’s Indian Arts Research Center, and Felicia Garcia, curator of education, will interview the artists in a dynamic and informal dialogue guided in part by questions submitted throughout the conversation from the audience via the Instagram Live chat feature.

Did you miss an SAR Artists Live event?

Don’t worry, we have you covered! Every SAR Artists live is saved to our Instagram TV and our Youtube page.

SAR’s Artists Live series, in partnership with Native American Art Magazine, takes you behind the scenes and into the studio with ten Native artists featured on the Santa Fe Indian Market’s new ecommerce platform. 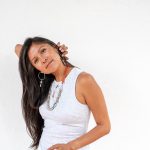 Nanibaa is SAR’s 2018 Dubin fellow. She says, “For some time now, I’ve been intrigued by…how female metalsmiths’ hands look as they create, why they chose metalsmithing, how they feel they’ve grown, connecting to community, and how their studio life has evolved.” Read more.

Gerry is SAR’s 2018 King fellow. His remarkable style of carving has been nationally recognized on public television, and is represented in several museum collections. Read more. 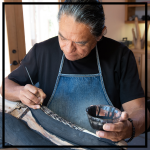 Dawn is SAR’s 2015 Dobkin fellow. Dawn’s heritage is an integral part of her artwork. She uses controlled, intricate watercolors to create visual narratives of her Iroquois background. Read more.

Mateo is SAR’s 2002 Dubin fellow.  In speaking about his work, he notes, “These paintings reflect a pattern of evolution and change…Overall, the paintings develop a rhythmic, hypnotic, trancelike feeling which is referential to the metaphysical space of the Pueblo and the dance itself.” Read more. 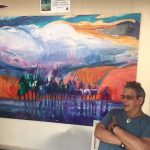 Adrian is SAR’s 2009 King fellow and while his primary medium is stone, he also works with clay, glass, and bronze. Stylistically, he is well known for blending figurative detail with abstract forms. Read more.

Marlowe is SAR’s 2015 King fellow. Originally trained as a painter, Marlowe incorporates his painterly aesthetics into his weavings.  For him, “being an artist is an ongoing pursuit of freedom.” Read more.

Jonathan is SAR’s 2012 King fellow. He has been creating pottery for over thirty years and his work has been featured at the Wheelwright Museum of the American Indian; Hui’noeau Visual Arts Center in Makawao, Hawaii; and the Vermont Studio Center in Johnson, Vermont. Read more. 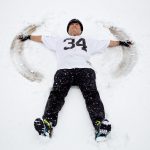 Franklin is SAR’s 2011 King fellow. He received his pottery training from Phyllis Juanico, Florence Aragon, and his mother, Ella Peters. His work has been shown in several galleries around Albuquerque and Santa Fe. Read more.

Randy is SAR’s 2006 Dubin fellow. Turtle storytellers are Chitto’s trademark, in which he blends stories from his Choctaw heritage with an art form known to the Southwest. Read more. 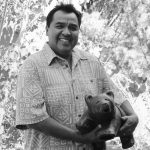 Jason is SAR’s 2007 Dubin fellow. In his work, Jason carefully examines and interprets life around him and then shares those uniquely personal observations with the rest of the world. Read more.

Other support provided by: