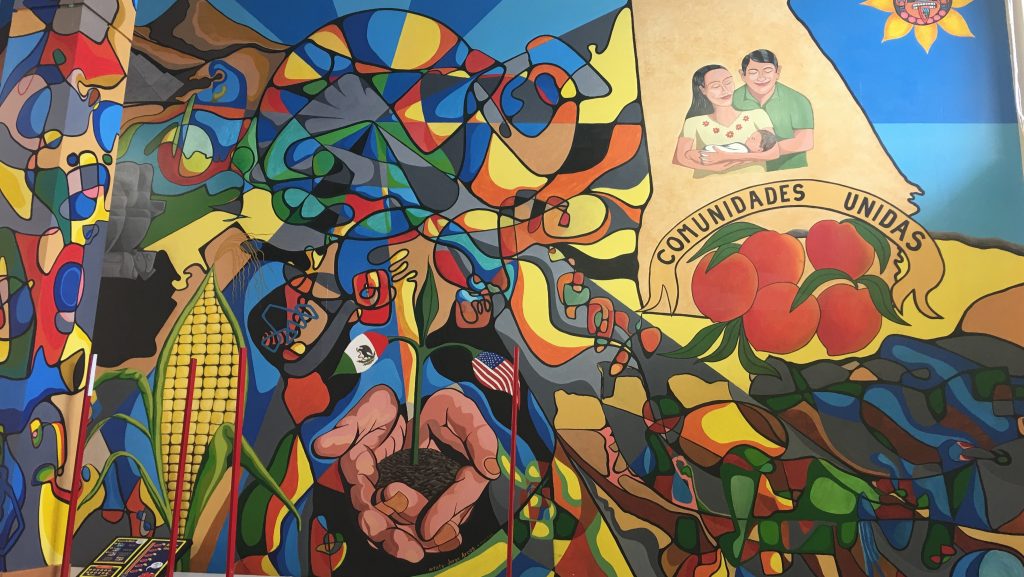 A hotly contested gubernatorial race in Georgia continues to receive national attention more than a week after the 2018 mid-term elections. On Wednesday, November 14, a federal judge in Georgia ruled, as part of a lawsuit by the Democratic candidate, Stacey Abrams, that absentee ballots with slight discrepancies in addresses or signatures would be added towards vote counts. This ruling placed the race one-step closer to a forced run off between Abrams and Georgia’s former secretary of state, Brian Kemp. 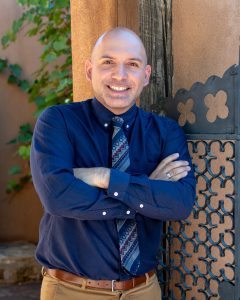 For SAR’s 2018-2019 Mellon Fellow John Arroyo, the election is more than just a news story passing through his feed. Since July 2016, Arroyo, the MIT-trained urban planner, has been visiting Gwinnett County, Georgia, and researching Mexican immigrant experiences in the region. With immigration as one of the top issues voters note as important in their choices for elected officials, Arroyo’s timely ethnographic research illustrates the importance of new perspectives based on interdisciplinary research that bridges urban planning with migration studies, Latinx studies, and urban sociology.

In a recent conversation with Arroyo, he shared more about his background and his interest in the ways immigrant populations are adapting to American suburban environments and navigating everyday life in suburban areas near Atlanta. “Urban planning,” he says, “is a profession that aims to balance the allocation of scarce resources for the greatest number of people. The challenge is trying to serve largely invisible populations, whose needs are often excluded in the planning process.” For Arroyo, the circumstances of the current political environment are particularly relevant to his topic now. “I didn’t realize that Gwinnett would become such an important hotbed for local to federal immigration policy when I selected it as a research case.”

Arroyo’s research has revealed a trajectory of trying local policies and attitudes towards Mexican immigrant settlement in new gateway areas since the 2016 election of the current president. “One of the anti-immigrant policies I researched was 287(g) [which enables local law enforcement agencies to partner with federal immigration officials to begin deportation proceedings of detained unauthorized immigrants]. Under the Bush administration, 287(g) was intended to phase out as counties weren’t opting in…After Trump’s election, counties with rapidly shifting ethnic immigrant demographics increased their support for 287(g) and other associated regulatory immigration policies.”

Local policies like this have continued to heighten what Arroyo sees as detrimental to the potential economic and cultural contributions as well as the overall livelihood of newcomer immigrant populations in suburban areas. Perhaps immigrants and their communities in Gwinnett provide a valuable lens through which to view where our nation currently stands. Based on his research and working with Mexican immigrant communities, Arroyo sees this stance situated in a rhetoric of fear.

“In places like Georgia, and in places with small cities like Gwinnett County, there is a narrative of [immigrants] taking jobs and one of crime that comes with immigration. This is influencing the ways people vote.” He continues by noting, “Now [immigrant communities] are hiding in their homes and becoming more invisible. You are seeing more immigrant raids and deportations. I think if Georgia doesn’t figure a true proper path for immigrants for citizenship, they’ll see an economic repercussion as well as large portions of their residents shunned from civic life.”

Arroyo notes that industries like agriculture, construction, poultry, and carpets in Georgia depend on Mexican-immigrant populations. 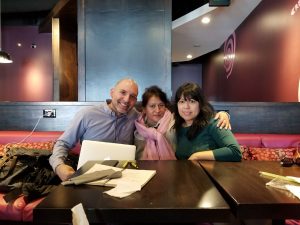 He argues that if immigrants were allowed to legally live more humane, circular lives between their home and host country, they could contribute to the U.S. economy while also being able to be more independent and support their families’ economic stability on both sides of the border.

He is hopeful though; there is a new wave of local officials as a result of this election and he sees progress coming from advocacy groups working to improve relationships between locals and incoming international residents. These changes, he hopes, will break some of these narratives of fear. Groups like Welcoming America (headquartered in Georgia) are doing work to connect newcomers and natives to illustrate the ways people actually have connections between each other – regardless of where they are born or where they come from.

“Understanding the experiences of newcomers – whether voluntary immigrants or forcibly displaced (refugees) – requires a nuanced approach in assisting how they settle and ensuring success in their new U.S. society,” he said. Additionally, it requires understanding the needs of non-immigrant groups that are also struggling to make ends meet on a daily basis. “Many extant populations are feeling left-behind and tend to assume that there are more resources available for newcomers. The distribution of resources needs to serve both populations. However, the challenge of this type of bridging work is that it’s a long-term strategy – it takes time to fortify these relationships, and local municipalities, planning agencies, and non-profit agencies need to put in the time to make lasting change.”

For Arroyo, addressing this tension provides ample opportunity to shift the politics of places like Gwinnett or similar counties to understand and celebrate the economic, cultural, and social contributions of immigrants in areas new to them. 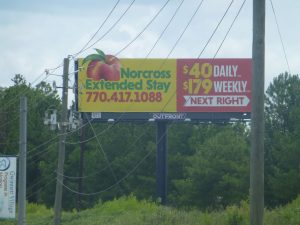 While at SAR, Arroyo has found that the time and space to work and write has reinforced for him that “Immigrants are more resilient than we think.” He adds, “My research is about the politics of hope and agency during a time of fear for Mexican and other immigrants. Immigrants are able to figure out their way in the fissures and the cracks. We don’t give them that much credit for being as versatile as they are. We forget that when they moved to these places, they are already in pretty sub-optimal situations, because they are often coming from very compact, pedestrian-oriented towns, villages, and cities in Mexico. The car-oriented, sprawling environment of suburban Atlanta presents a foreign urban environment different from their previous one. Nonetheless, they develop novel ways of navigating life and creating culturally-based infrastructure that would benefit from broader municipal support.”

After his time with SAR, Arroyo will head to the University of Oregon, as an assistant professor in the College of Design, School of Planning, Public Policy and Management. He sees his role as a teacher as a form of activism. “As a professor and a scholar, I see my job as arming people with facts. My goal is to help a new generation think critically and give them different ways to see some of society’s most pressing problems such as immigration or the urban-suburban-rural divide. Eventually, my students will make up their own minds.”

As we head into the end of the year, the outcome of the Georgia gubernatorial election is still unclear. Nevertheless, for Arroyo, the area remains an interesting model for the future of the nation, “Imagine,” he says, “what Georgia might look like in four to eight years. Most of the population growth will come from Latino immigrants, Korean immigrants, and African-American communities who have been there a long time as well as returning ones.” For Arroyo, it is exciting to see this because it represents new people in political points of power. “The value of these changes will not solely be felt in Georgia. Places like Gwinnett are a good microcosm for issues that we are looking at as a country. There is momentum about expanding ethnic diversity, and people are excited and eager to continue that, regardless of the outcome of the gubernatorial election.”

When reflecting on how the SAR fellowship has helped him re-frame his research, Arroyo concluded our conversation on this note:

“Those of us who engage in research questions about identity, policy, and space realize change doesn’t move so fast. Not only does it take time, it also requires novel approaches to data collection, especially in the case of unauthorized immigrants. My time at SAR has allowed me to reflect on traditional methodologies and re-think them for something more participatory and comprehensive that allows vulnerable groups the power to write, share, and preserve their experiences at this moment in U.S. history.”

The School for Advanced Research hosts six resident scholars annually who are working to advance creative inquiry in social-science fields through their projects. Learn more and meet the 2018-2019 resident scholars here.

UPDATE: On the afternoon of November 16, 2018 Abrams delivered a speech indicating that her opponent, Brian Kemp, would move forward as Georgia’s next governor. Learn more from NPR or the New York Times.