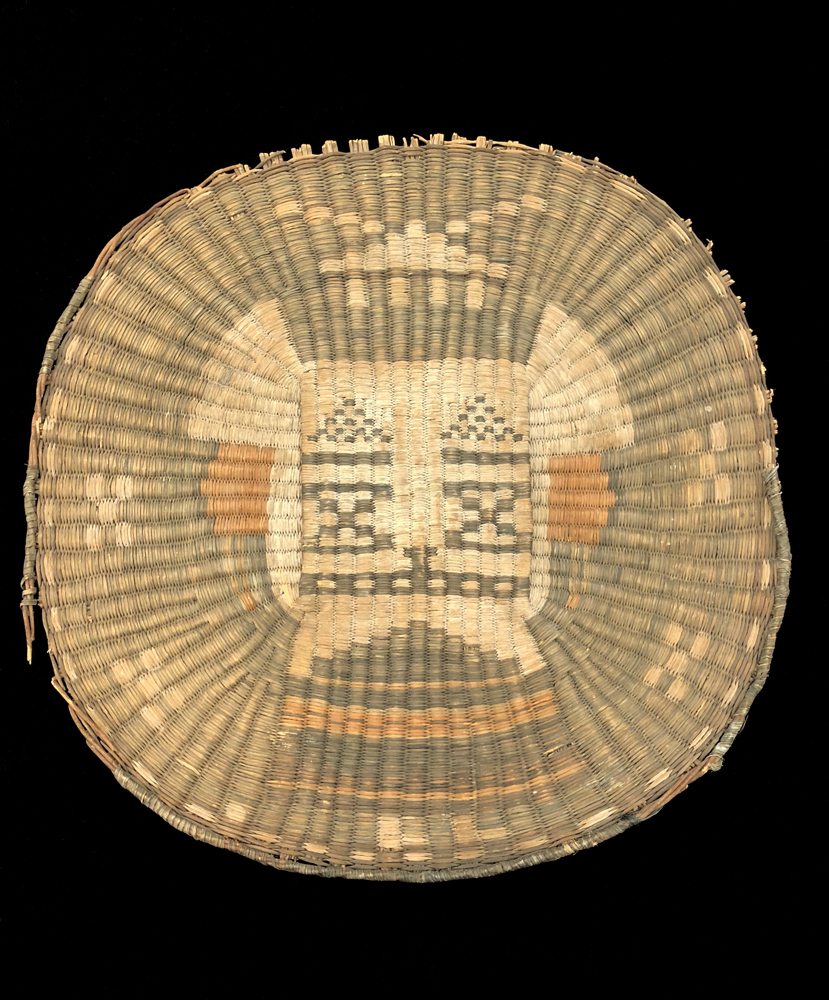 Native peoples of the southwestern United States have been making baskets for the last eight thousand years, and these baskets—used for purposes ranging from food preparation to ritual—have played integral roles in their lives. The tradition of Hopi basketmaking may be the oldest in the Southwest, and baskets are necessary components of Hopis’ social life and ceremonial calendar. Basketry on Third Mesa, one of three mesas in northeastern Arizona where the Hopi people live, is distinctive and traditionally made from plaited wickerwork, an ancient technique often used to create geometric or katsina designs.*