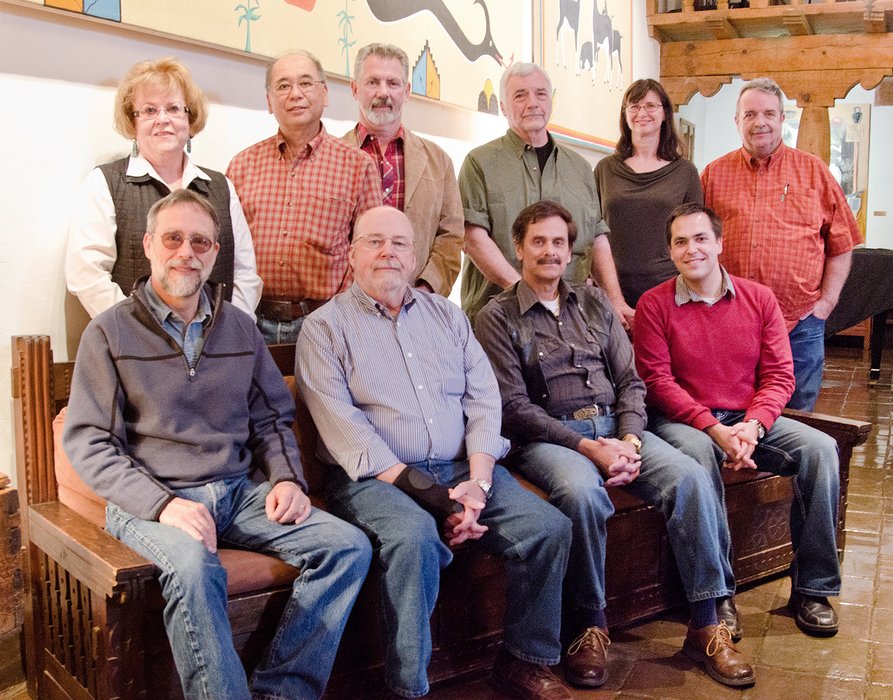 An inter-university/inter-museum team with research interests in the fiber perishable artifacts of the Great Basin met to better establish and understand regional cultural chronologies and their broader implications. The region’s caves and shelters have yielded a plethora of understudied yet well-preserved textiles, but the deposits have often been subjected to disturbance by human and animal activities, inadequate excavation and dating techniques, and chronologies that rely heavily upon projectile point typologies. “We had accumulated roughly 340 accelerated radiocarbon dates from fiber perishable artifacts, yet apart from a few conference presentations, we had not had a chance to sit down together and with other regional specialists to discuss our findings to date, their implications, and where we should concentrate our research in the future,” said the co-chairs. They found the SAR Research Team Short Seminar was the ideal setting in which to accomplish these goals.

“While our pre-circulated papers were on the whole excellent, we soon began to realize that our presentations reflected a bias toward describing textile technologies and arranging technologies within a textile chronology of interest to basketry ‘insiders’ but perhaps also difficult for most archaeologists or others to grasp,” reported the co-chairs. “We also tended to think too locally, failing to adequately compare our local data with those of our colleagues studying the same textile technologies from other Great Basin regions. And, although most of us were generally aware of other lines of evidence (climate, lithics, etc.), we failed to adequately integrate the textile data with these other analytic elements of Great Basin/northern Southwest material culture and culture history. Finally, few outside our circle of textile specialists know that we have a significant body of directly dated textiles useful to their own studies.”

As a direct result of the seminar, the team realized that they need closer communication within their textile group, but also much better means of communicating their findings to other archaeologists in a framework useful to their studies. “A first step is sharing our chronological data with others through a website to be hosted by Mercyhurst College. We will further explore how textiles can contribute to larger archaeological issues, such as those concerning identity, settlement patterns, migrations, cultural transitions, gender, social complexity, etc. Publishing our results is a must, but we must also select both topics and venues in a manner that attracts the attention of non-textile researchers,” the co-chairs reported.

Tom Connolly
Museum of Natural and Cultural History, University of Oregon
Review and Prospectus of Basketry Research in the Northern Great Basin