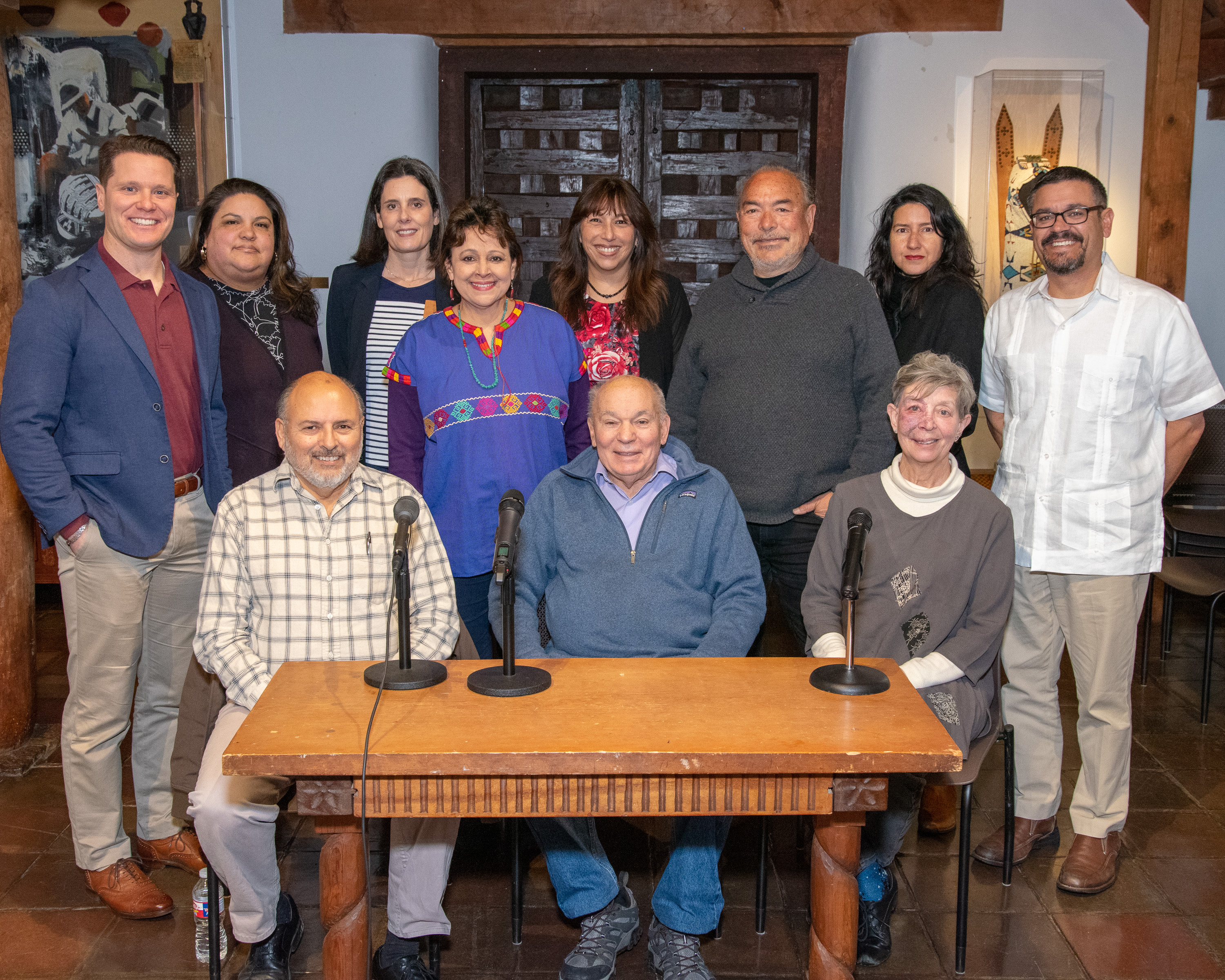 The Shifting Terrain of Citizenship Among People of Mexican Origin in the United States
Co-chaired by Phillip Gonzales, Renato Rosaldo and Mary Louise Pratt

The idea for this seminar arose from the exceedingly surprising electoral victory of Donald Trump as president of the United States in November 2016. Beginning with his much-viewed “escalator speech,” in which he announced his candidacy for president, Trump made hostility toward Mexicans and Mexican Americans a signature theme of his campaign.  “Build the wall,” for example, became the go-to slogan at his campaign rallies. As the seminar co-chairs deliberated on the emerging political scene, it seemed that the entire question of citizenship for Mexicans in general appeared to be in question. Accordingly they anticipated seminar discussion to center on the extent to which the Trump administration had made good on its anti-immigration policies, the ways it would seek to implement them, and how they would be received.  Also of concern would be the collective strategies people of Mexican extraction would organize in response to the Trumpian initiatives, with respect to their rights and their own definitions of what citizenship meant to them.

The end goal of the seminar is to produce an academic anthology composed of chapters from participants with the primary aim being to produce analysis of the current political climate. At each seminar session one participant gave a summary of their paper, followed by comments on the paper from a lead discussant, then an open conversation among all. Out of the exchange of ideas and responses to individual papers, certain themes or through lines steadily emerged.  They included:

Trumpism. It is clear that President Trump’s policies do not reflect political innovation. Rather, they appear to coalesce the particular nationalistic (racially white) constructions of conservative ideology that go back in time at least to 9/11 and the U.S. attack on Iraq.

The Mexican American Historical Backdrop. Mexican immigrants and Mexican Americans have been subject to civic and social attack throughout their history in the United States.

The 2018 Mid-Term Elections. These elections produced a major Democratic Party wave and resulted in taking control of the U.S. Congress away from Republicans. In the larger frame, these elections were interpreted as a rejection of President Trump’s policy program, including its treatment of people of color. Analyses presented at the seminar indicated that the threat Trump’s policies posed to Latinx populations served to mobilize the Latinx electorate. This development represented one strain in a large complex of resistance to the administration called Fightback.

Forms of Citizenship Brought by Migrants. People of Mexican descent have not been alone among the Latinx populations to figure under Trumpism. Scholarship has identified the phenomenon of “transnational citizenship,” identities based on cross-border networks, organizations, and practices. How they are being manifest under the Trump regime appeared as an important issue in the seminar. Meanwhile, research presented at the seminar revealed that the Dreamers are revising their political identities in the light of repeated legislative defeats. They may well create highly original forms of mobilization against the anti-immigrant State.

Latinos/Latinas and Participatory Democracy. A recurring theme concerned the risks and pitfalls arising for scholars who would confront white nativism/nationalism. They can be easily entrapped into endlessly contestatory work, responding to specific acts of aggression. This can leave scholars without energies to pursue the alternative visions and imaginaries needed.  At the same time, recognition was well taken of the appropriate stance academic researchers must take in relation to active political activities in society.

Youth and Curricular Struggles. Discussions reinforced participants’ awareness of the critical importance of curriculum and curricular change at every level of education. Curriculum is the chief mechanism we have for producing political subjects able to carry forward the struggle against white nationalism. There is a strong current among Mexican American youth and ethnic studies programs to promote indigenous identities. How far this trend will develop and what it will mean for Mexican American unity are important factors to watch.

Seminar co-chairs, Gonzales, Rosaldo and Pratt, reported that “each of the papers received robust, pointed critiques and suggestions for revision.  The give-and-take proved extremely valuable.”  In addition, “The seminar was a truly interactive intellectual experience.”

Participants are currently revising their submissions for a mid-June resubmission deadline with the aim of producing the edited volume mentioned above by March of 2020.  It is anticipated that visions for the future of presidential politics and immigrant/Latinx interests will lean in either hopeful or apocalyptic directions.

The citizenship status and sense of national belonging have been historically vexed questions for people of Mexican descent in the United States. The participants in this seminar are applying analytical lenses and concepts to consider the various ways in which the meaning of citizenship in the case of Mexican Americans is being impacted by the political regime introduced with the election of Donald Trump.

This event is free and open to the public. The presentation will take place in the Eric S. Dobkin Boardroom on the SAR campus. Space is limited. Advanced registration is encouraged.

Funding for this Fellowship provided by The Andrew W. Mellon Foundation