Affiliation at time of award:
Academic Director
Foundation SiHmad Derhem for the Development of the South & the Sahara 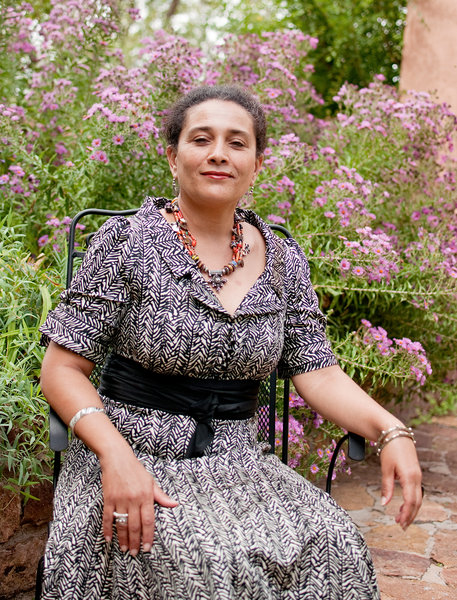 In 2009, when Jamila Bargach first visited the fog-harvesting project of the Dar Si Hmad organization and the University of La Laguna, Tenerife, Gran Canaria in the Aït Baamrane region on the Southern Atlantic coast of Morocco, more than four years of operation had yielded encouraging results. By capturing the frequent natural fog of the mountainous coastal area in precisely-placed nets, the project’s research team had determined that the system could provide substantial amounts of water for villages in the drought-stricken region. “Fog collection has been used in the Canary Islands for centuries,” Bargach said. A non-profit Canadian company had patented the simple system, and there were similar projects in other semi-arid areas in Chile, Nepal, and Somalia. The research team was beginning to plan the launch for the pilot program in Morocco.

“My first question was one they had never thought of,” said Bargach, an anthropologist. “I asked how they were organizing the water distribution.” Understandably, the researchers were immersed in the scientific and technical challenges of the project and had not yet considered possible effects on the impoverished rural community beyond the obvious benefit of a new source of clean water. Bargach immediately saw many implications for the traditional Berber culture, especially the impact on women and girls.

“The traditional distribution of social roles within these Berber villages decrees that women and girls fetch water and tend to animals’ needs. Fetching water alone requires between three and five hours per day. This represents a tremendous amount of lost opportunity for women and girls, who could use that time for education, training, or other more productive work. There is the ability through this technology to make it easier for them, so why not do it?” said Bargach, who is now director of Dar Si Hmad for Development, Education, and Culture. This independent, non-profit, non-governmental organization is dedicated to improving the quality of life in the region through sustainable development projects while promoting and preserving local culture, history, and heritage. Bargach was instrumental in organizing an ethnographic field school to offer students the opportunity to study and work in Dar Si Hmad’s many research and development projects on the Berber culture and heritage in the region. In the summer of 2010, the field school’s first group of students helped conduct a community survey for the fog-harvesting project.

Bargach’s sensitivity to gender equality and the role of women was honed in part by her previous research on adoption in Morocco (Orphans of Islam: Family, Abandonment, and Secret Adoption in Morocco, 2002), and her experience from 2006–2009 as the founder and director of Tilila, a shelter for battered women in Casablanca. At SAR, Bargach is focusing on the “human aspects” of the fog-harvesting project, such as how such technology can be used consciously to empower and bring positive change to the lives of women and girls, and “how to conceptualize a system for water distribution and regulation that fosters a participatory managing model in which women are the active stakeholders, the ultimate goal being the promotion of gender equality,” she said. One approach under consideration is to organize the water system in communal taps rather than family taps, encouraging a “truly participatory model of development that is culturally embedded.”

The first recipient of SAR’s Campbell Fellowship, Bargach’s project was a perfect match for this new program dedicated to supporting women social scientists from a developing nation whose work addresses women’s economic and social empowerment in that nation. In conjunction with the fellowship, which is sponsored by the Vera R. Campbell Foundation, Bargach has been mentored by Cory Kratz (Emory University) and Louise Lamphere (University of New Mexico) to “coordinate and martial the intellectual and social resources of SAR to provide maximum value,” said SAR president James Brooks.