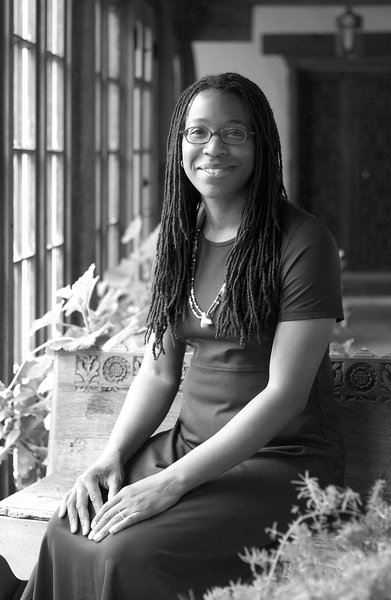 All That Glitters: The Story of Diamond Hill, a Cherokee Plantation

Christmas at the Chief Vann House Historic Site in northwest Georgia is a holiday card brought to life—candles, carols, cider, and natural decorations in traditional nineteenth-century style delight crowds of tourists who flock to the popular site each year. This home was the center of Diamond Hill, a plantation built in 1804 by James Vann, son of a Scottish trader and Cherokee woman. This multi-racial, multicultural plantation community included not only wealthy and poor Cherokees, white working-class laborers, and German-speaking Moravian missionaries, but also more than a hundred African American slaves.

As the festivities filled both floors of the Vann House with laughter and song, SAR fellow Tiya Miles talked with a lone staff member in the basement who pointed out where slave chains had been found many years before. Miles left by the cellar door and looked back from the darkness at the warm fantasy being reenacted inside the house. In the official story portrayed by the state of Georgia, which owns and operates the Vann House as an historic site and museum, Miles found that African American slaves were “the most forgotten population on the estate.”

Her micro-history of Diamond Hill between 1800 and 1838 peels back the plantation’s public history veneer to examine the layers of “close yet power-laden ties” among its many distinct residents. “Both James Vann and his wife, Peggy Scott Vann, came of age in the late 1700s when Cherokee people were fighting the new Americans for authority over Cherokee lands. James Vann developed his booming plantation town over a period of ten years, and Peggy Vann became an essential interpreter and mediator for visiting missionaries who lived on the estate,” she writes. Miles recreates the history and daily life experience on the Vann plantation, “where nearly one-fifth of all slaves in Cherokee country lived in the early 1800s.” Her project highlights the relationship between black enslavement and gendered experience in the Cherokee nation.

“My goal is to understand the landscape of the social relationships, especially the boundary lines—racial, cultural, linguistic, spiritual, gendered—in this one place,” says Miles. “I want to trace how the boundaries are continually being both maintained and transgressed. This is really the story of race in America, how ideas of categorization and hierarchy get fixed, and yet everyone is always crossing the lines and using the relative power they have in various ways.” Her book will offer a “second story of the Vann plantation, augmenting and challenging the public history of record,” while revealing the “symbolic meaning and resonance of places like the Vann House in the Southern American imaginary.”