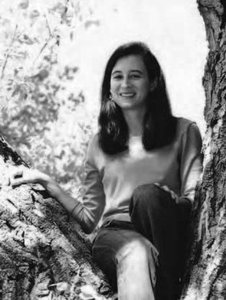 In the river-based cosmology of Panama’s Wounaan indigenous people, “it is rivers where houses are located, spirits access the underworld, and directions are oriented,” said Julie Velsquez Runk. However, in eastern Panama during the last decade alone, over $100 million dollars have been spent on conservation and development activities oriented not toward the river, but the forest. Faced with this “arboreal bias,” Wounaan are emphasizing their ties to the forest in negotiations with the government agencies, non-governmental organizations, and international development banks engaged in conservation efforts.

Having studied the “enduring but dynamic” identity of Wounaan over ten years, not only as a scholar and independent researcher but also as a conservation and development practitioner, Runk is now investigating how Wounaan act as agents with the conservation and government officials by emphasizing their forest ties in spite of their river-focused cosmology. “For example, the late 1980s emergence of Wounaan commercial basketry and carving from forest resources reinforced external notions of Wounaan as primitive indigenous people dependent on the forest,” Runk said. “Even city-residing Wounaan have adopted a discourse of tropical forest dependence in order to sell forest-product art.”

Although some scholars have found that conservation practice “often fails to address indigenous knowledge” and others have noted “arboreal imagery in the cosmology of western industrial societies,” only recently have researchers tied arboreal bias to conservation activities. By approaching this research through political ecology, Runk intends to show how “this local clash of cosmologies is part of dynamic power relations with a global range, via international actors such as development banks and conservation scientists.” She will also compare the Wounaan example with conservation efforts in other areas with river-based cosmologies, such as Amazonia, to apply the arboreal bias argument to conservation practices in the Latin American tropics in general.