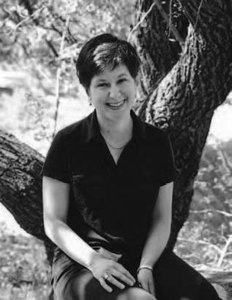 While studying charitable giving and donation in India, Erica Bornstein “stumbled upon the social constellation of the orphan.” She found that orphanages were regarded as excellent places to give dan, or donation without any expectation of return, because “dan is to be given to strangers, not to kin. It was through the study of dan that I encountered the legislative tangles of international adoption, and the perplexing category of the orphan,” she says.

As a social and cultural icon inspiring empathy and pathos, the orphan appears in films, fables, stories, and fairy tales. In the wake of natural disasters such as the 2005 tsunami, the ongoing HIV/AIDS epidemic, or poverty, children abandoned as orphans are “newsworthy subjects of social concern,” evoking calls for public care. At the end of 2003, according to UNICEF, there were an estimated 143 million orphans in 93 developing countries, with more than 16 million children orphaned in 2003 alone. Yet, Bornstein discovered, “as much as orphans are part of global humanitarianism, popular culture, and public consciousness, they are surprisingly absent from anthropological literature.” During her SAR residency, Bornstein is writing The Orphan: A Cultural Account in New Delhi, a book inspired by the contradiction between this anthropological silence and the prevalence of orphans as a subject of charitable and humanitarian activity. “I am particularly interested in the symbolic representation of the orphan in the language of humanitarianism,” she says.

Growing out of her ethnographic research, titled Sacred Giving and Secular Humanitarianism in India and conducted in New Delhi in 2004-2005, Bornstein’s new book uses India as a case to study the history of care and legislation regarding orphans. “Although the term implies an unparented and therefore unprotected child, in India the government has officially taken over the role of parent so that orphans become ‘children of the nation,’ with certain rights and responsibilities.” Adoption requires extensive legal procedures that differ according to one’s nationality and religious identity. In some Hindu practices, orphans are not officially adopted, but absorbed into a kinship network and raised as family members. According to Hindu mythology, the parents of Lord Krishna gave him to a wealthy family that could protect and care for him.

Bornstein’s research will also focus on changing attitudes toward orphans in colonial and post-colonial discourse and legislation. “I anticipate the book will be useful for teaching courses on kinship, legal anthropology, global humanitarianism, and the relevance of religious ideas in social life,” she says.