Lectures are held at the James A. Little Theater at the School for the Deaf in Santa Fe on a Thursday evening and followed the next day with a speaker-led salon discussion that invites a deeper exploration of the topics raised in the lecture.

ANNUAL PRESIDENT’S LECTURE: The Fate of the Earth

Co-presented by The Nature Conservancy in New Mexico 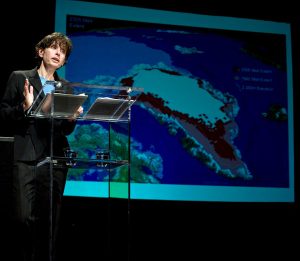 Journalist Elizabeth Kolbert, staff writer at The New Yorker is best known for her Pulitzer Prize-winning book The Sixth Extinction: An Unnatural History (Holt, 2014), in which she presents evidence for her belief that humans may be bringing about a sixth mass extinction. She asks: Can we arrest this process? What does the future look like on a biologically impoverished planet?

Her three-part series on global warming, “The Climate of Man,” won the 2006 National Magazine Award for Public Interest, the 2005 American Association for the Advancement of Science Journalism Award, and the 2006 National Academies Communication Award. She received a Lannan Literary Fellowship in 2006 and a Heinz Award in 2010, and won the 2010 National Magazine Award for Reviews and Criticism.

The annual President’s Lecture is part of the Creative Thought Forum at SAR. Learn more about this initiative here.

We thank the following for their generous support of this President’s Lecture:

The Fifth Beginning: What Six Million Years of Human History Can Tell Us about the Future 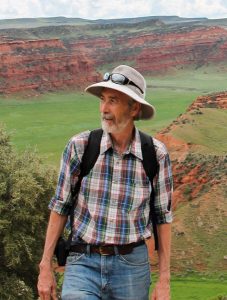 Robert L. Kelly at Hole in the Wall Ranch, photo by Todd Surovell

Robert L. Kelly has studied the archaeology of foraging peoples since 1973. His talk will draw on his recently published book, The Fifth Beginning: What Six Million Years of Human History Can Tell Us About Our Future (University of California Press, 2016). In the book, Kelly identifies four pivot points in the history of human development, then looks ahead, giving us evidence for what he calls a fifth beginning during which he foresees the end of war, capitalism, and nation-states.

Robert Kelly is a professor of archaeology at the University of Wyoming, an SAR resident scholar in 1988-1989, and a past president of the Society for American Archaeology.

SAR SALON: The following morning, priority will be given to Chaco members and higher to attend a salon discussion with Kelly.

Video Interviews:
Dr. Robert L. Kelly is interviewed by Lorene Mills from New Mexico PBS on his new book, “The Fifth Beginning.” The interview was aired statewide and can be accessed here.

Video by McCall Sides for SAR.

Hacker, Hoaxer, Whistleblower, Spy: The Many Faces of Anonymous 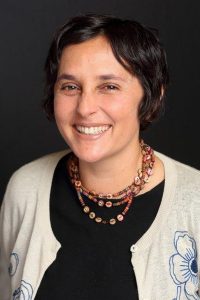 How Anonymous Dodged the Cyberterrorism Frame: Masking, Timing, and the Guy Fawkes Icon

Outlaw tactics. Vigilante justice. Website defacement. Data dumps. In this age of whistleblowing and leaking, Anonymous has a knack for fomenting controversy and drawing attention to its actions due to its reliance on unconventional and often risky forms of Internet-based political dissent. The group could have been vilified by the government as a new breed of cyber-extremist and terrorist. Yet they weren’t. What allowed Anonymous to dodge a rhetorical weapon used by governments across the world to dismantle the political power of radical movements and figures? Biella Coleman will explore five reasons—stretching from the accidental adoption of the Guy Fawkes mask to the timing and nature of its many global interventions—to explain why Anonymous was able to narrowly evade this designation.

Coleman is the author of the books Coding Freedom: The Ethics and Aesthetics of Hacking (Princeton University Press, 2012) and Hacker, Hoaxer, Whistleblower, Spy: The Many Faces of Anonymous (Verso, 2014). Her popular articles on the intersection of hacking and politics have appeared in such publications as the New York Times, Huffington Post, Slate, and the Atlantic Monthly.

Video by McCall Sides for SAR 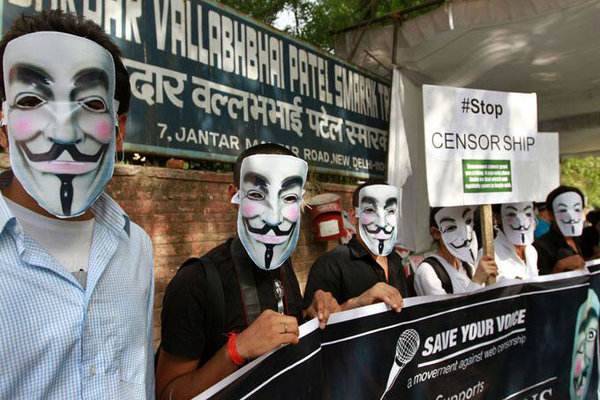 If you would like to become an SAR member and receive free admission to this lecture and other benefits, click here.

SAR SALON: The following morning, priority will be given to Chaco members and higher to attend a salon discussion with Coleman.

CANCELLED – Data for Life: Wearable Technology and the Design of Self-Care 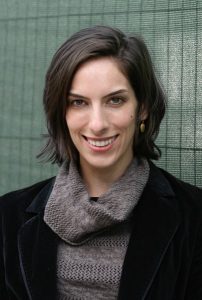 Natasha Dow Schüll’s current research concerns the rise of digital self-tracking technologies and the new modes of introspection and self-governance they promote. Drawing on ethnographic field research, Dow Schüll will explore the vision of technologically assisted self-regulation that drives the design of wearable tracking devices. She will discuss how such products exemplify and short-circuit cultural ideals for individual responsibility and self-regulation.

Natasha Dow Schüll is an associate professor with the Department of Media, Culture, and Communication at New York University. She is a cultural anthropologist and former Weatherhead Resident Scholar at SAR (2002-2003)

THANKS TO OUR PUBLIC LECTURE SERIES SPONSORS: 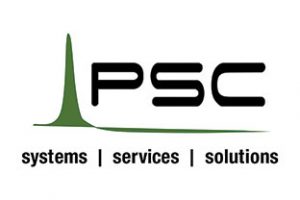