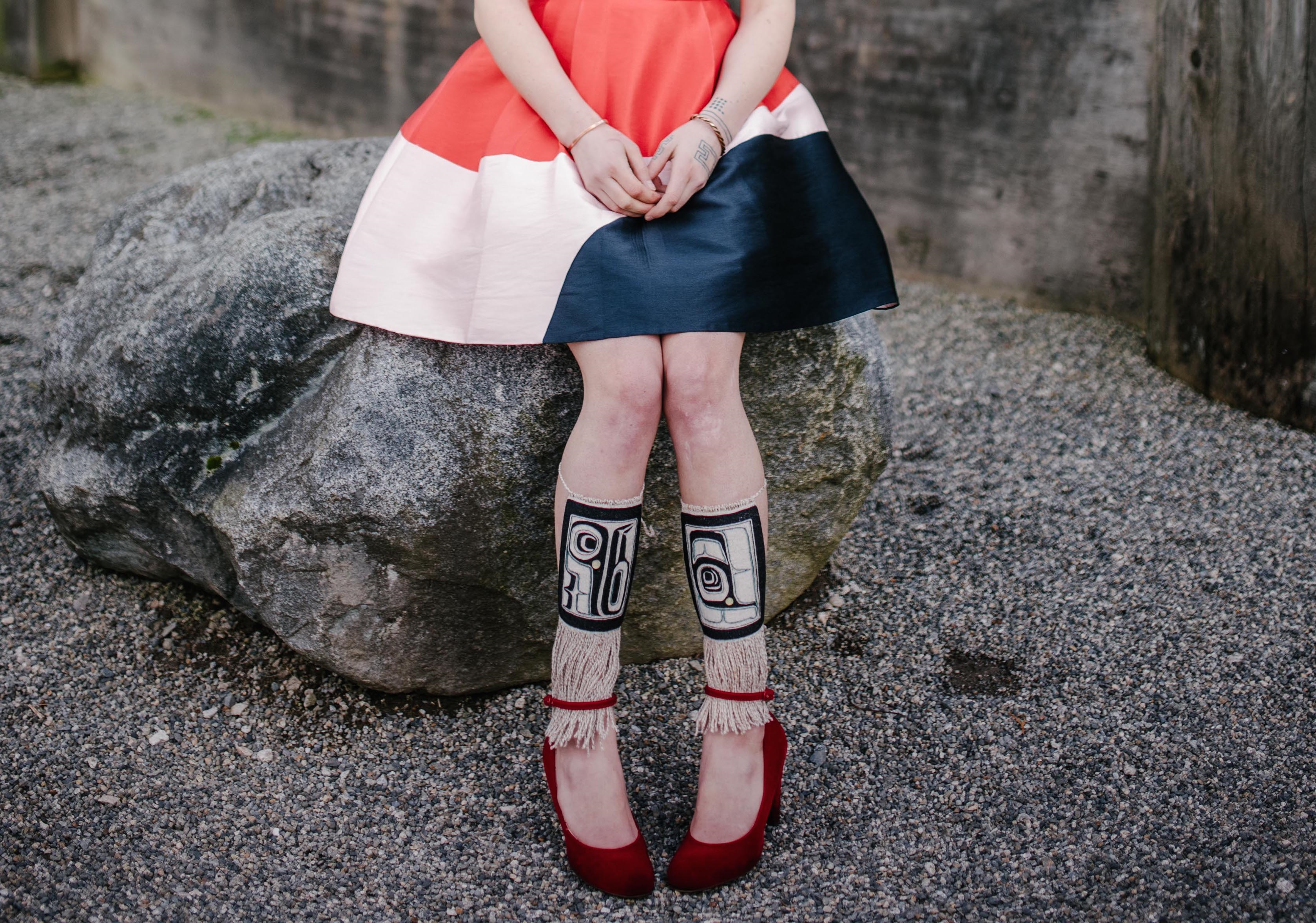 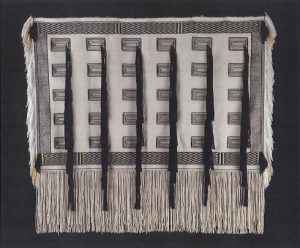 The School of Advanced Research is pleased to welcome Haida, Kwakwaka’wakw Chilkat weaver Meghann O’Brien as the 2019 Eric and Barbara Dobkin Native Artist Fellow. An accomplished textile and basket weaver, Meghann honors the wearability of garments both within and outside of her culture. She sees the display and wearing of her work as important statements that honor the traditional artistry of her people, embracing the concept of sacred functionality, and carrying it forward in a way that transcends and yet still honors its role in her culture.

From its beginning, Chilkat weaving has represented not just the chief who wore it, but his/her entire clan lineage….It is extraordinarily imbued with spirituality, serves in the enactment of transformation, and is a universal symbol of wealth and inherited privilege on the Northwest Coast. Through my work as a weaver I envision seeing this prestigious history as something that can be translated into a contemporary context where it can exist as this today.

While at SAR, O’Brien plans to create an intricately woven necklace in the Chilkat tradition, depicting the Dogfish Mother of the Haida. She will first split and spin cedar bark warp for an intricate pendant that can be worn, much like bracelets and pendants that are created in silver and gold. She will then undertake the intricate weaving of the pendant, working with materials at size 2/90 weight cashmere, typically referred to ‘cobweb weight’.

In her project, O’Brien sees an opportunity to elevate the perception of weaving within the hierarchy of western art. The area she is most drawn to in contemporary society is that of haute couture. She comments, “The traditions in haute couture still honor textiles and the handmade as an art worth celebrating, and I am most drawn to viewing what I do as wearable art.” O’Brien will be in residence at SAR from March 1-May 31, 2019.

May 16, 2019 @ 5:30 pm – 7:30 pm. Eric S. Dobkin Boardroom, SAR campus, 660 Garcia Street, Santa Fe, NM, 505-954-7205. Meghann O’Brien, a Haida/Kwakwaka’wakw weaver, is interested in reconciling the perceived divide between male-dominated totem and mask carving and that of weaving and textiles, often deemed ‘women’s work.’ “The traditions in haute couture still honor textiles and the handmade as an art worth celebrating,” she writes. As such, O’Brien has been working to create an intricately woven necklace in the Chilkat tradition, depicting the Haida Dogfish Mother. Join the School for Advanced Research on May 16 to hear about her experience as the 2019 Eric and Barbara Dobkin Native Artist Fellow. The evening will conclude with a visit to the Dubin Studio to see O’Brien’s work. RSVP by Monday, May 13 by registering here.