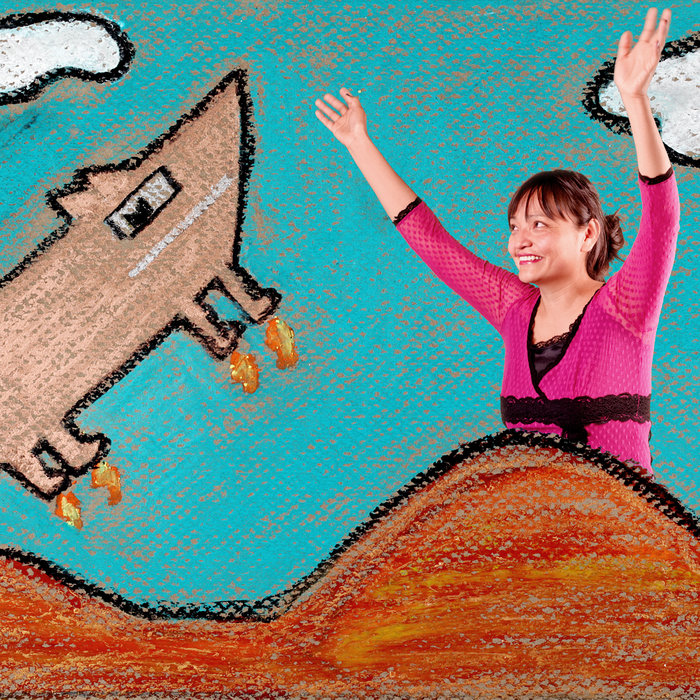 The School for Advanced Research is pleased to announce Navajo filmmaker Melissa Henry as the 2013 Eric and Barbara Dobkin Native Artist Fellow. Henry’s work is often seen as simultaneously straddling the categories of youth and experimental film. She sees her films reaching out to people of all ages and cultural backgrounds, bringing Navajo culture to the world.

In speaking about her work, Henry explains:

My goal as an artist is for my work not to be about my culture, but to be a part of my culture as a living force in the contemporary world of technology and digital media. Aesthetically, I am drawn to create a visual language that is my own, by recombining the artistic traditions of my people, such as sand paintings, pottery, dress, song and stories, with the avant-garde and experimental films of Western civilization.

Henry often uses her pets and other family animals in the creation of her films in addition to filming primarily on the Navajo Nation reservation near her family’s home. While at SAR, she will work on the pre-production for her film, Mozhi Lizhini (Black Cat) in Space. This includes creating a storyboard and an animatic for her film about a vengeful monster from the old world who threatens the earth while Black Cat and Space Coyote travel the galaxy to seek assistance from the Cat Constellation.

Melissa Henry is the recipient of two New Mexico/New Visions grants in 2008 and 2009, and an All Roads Seed Grant from the National Geographic Society in 2009. In 2007, she was a Sundance Institute/Ford Foundation Filmmakers Fellow, and in 2005, she received a scholarship to attend the IAIA Television and Film Summer Workshop. Most recently, Henry won the 2012 PBS Online Film Festival for Horse You See, a Navajo-language film in which viewers meet Ross, a horse from the reservation, and learn from him what it means to be a horse.