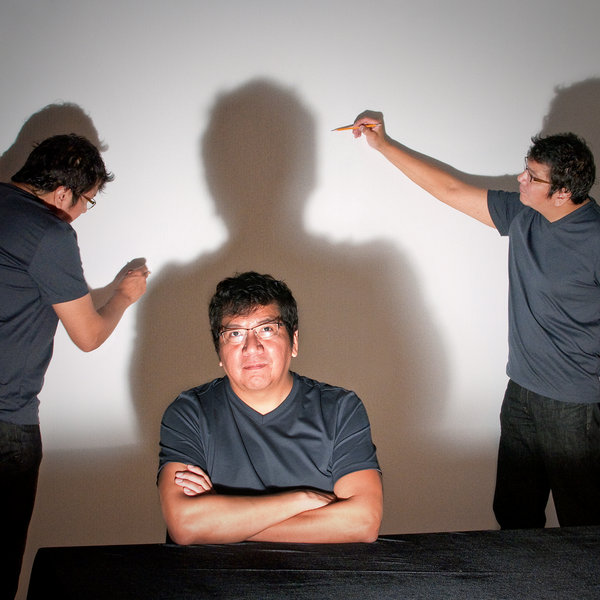 Duane Slick is a Mesqwaki painter whose current body of work features black-and-white photo-realist paintings on linen and glass. His works have been described as “dream paintings whose aim is the exploration of matters spiritual, not physical.” While at SAR, Slick will work on his project, titled The Untraceable Present, to produce four to five black-and-white paintings based on his research in the IARC collections. This will serve as an inspiration for his visual narratives on memory and loss.

Through this work I am interested in the visual representation of the metaphysical world-view and learning more regarding the visual legacies of pattern, design, and clan symbols. I do not want to limit my research to issues of death and dying, but the evolving social and religious structures in tribal visual arts that mediate and interpret the world around us. I view this research as important in further clarifying and specifying the role of the iconography developing in my work.

In explaining how his fellowship will benefit him, he said:

I do believe that art is not created in a vacuum and the opportunity provided by the IARC is to both incubate and challenge the space and silence of professional studio practice. The IARC fellowship would place me in a charged environment where I can take to a community of peers a discussion and a set of ideas that would benefit from finding common ground.

Currently a professor of painting and printmaking at the Rhode Island School of Design, Duane has been featured in many exhibitions nationwide, including: No Reservations: Native American History and Culture in Contemporary Artat the Aldrich Contemporary Art Museum in Ridgefield, CT; Changing Hands: Art Without Reservations Part II: Contemporary Native American Art from the Western Regions at the Museum of Art and Design in New York City (traveling exhibition); The Paths of My Fathers at the Nielsen Gallery in Boston; Instructions on the Care and Use of White Space at the Gregory Lind Gallery in San Francisco; and a ten-year survey of his work at the Gallery of Art at the University of Northern Iowa, Cedar Falls in 2010. Duane’s work can also be found in the permanent collections of many institutions such as the Montclair Art Museum, Milwaukee Art Museum, and the De Cordova Museum. 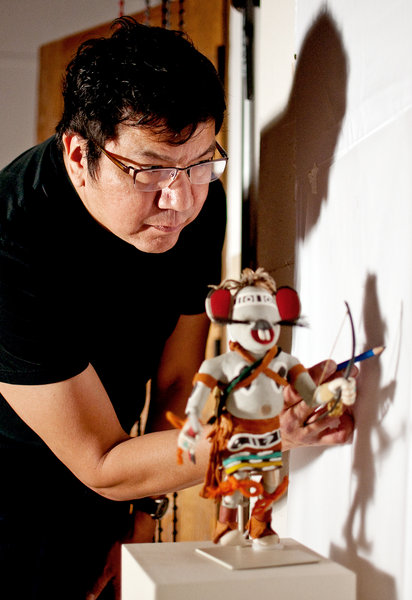 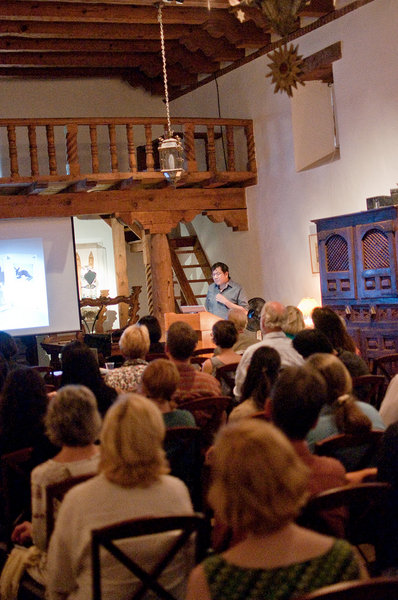 Duane Slick at his Artist Talk, Reception, and Open Studio