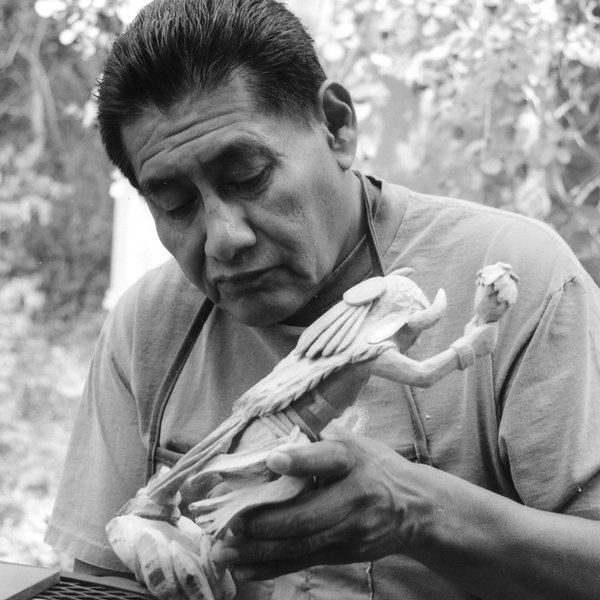 The Indian Arts Research Center is pleased to welcome Armand Fritz as the 2003 Rollin and Mary Ella King Native American Artist Fellow. Armand is a Hopi katsina carver from Keams Canyon, Arizona. He will be in residence on campus from September 4, 2003 to December 4, 2003.

Armand learned to carve from his father, Alfred Fritz, and his mother, Marcia Fritz Toonewah, at an early age. After serving in the military from 1968 to 1980, he returned to Arizona and began carving full time. Since 1980, he has exhibited in many shows and has won several awards, including “Best of Division” at the 2001 Southwestern Indian Market in Santa Fe.

In 1999, Armand participated in the Native American Artist Convocation at SAR that focused on traditional katsina carving. Armand has also worked with the Hopi Tribe on the Hopi Tribal Constitutional Reform Committee and sits on the Board of Directors for the Hopi Arts Association Committee. He is politically active within the tribe and lectures frequently on Hopi arts.

While at SAR, Armand plans to carve a contemporary katsina using cottonwood root. A specialist in katsina carving, he also paints, draws, and makes jewelry and pottery.