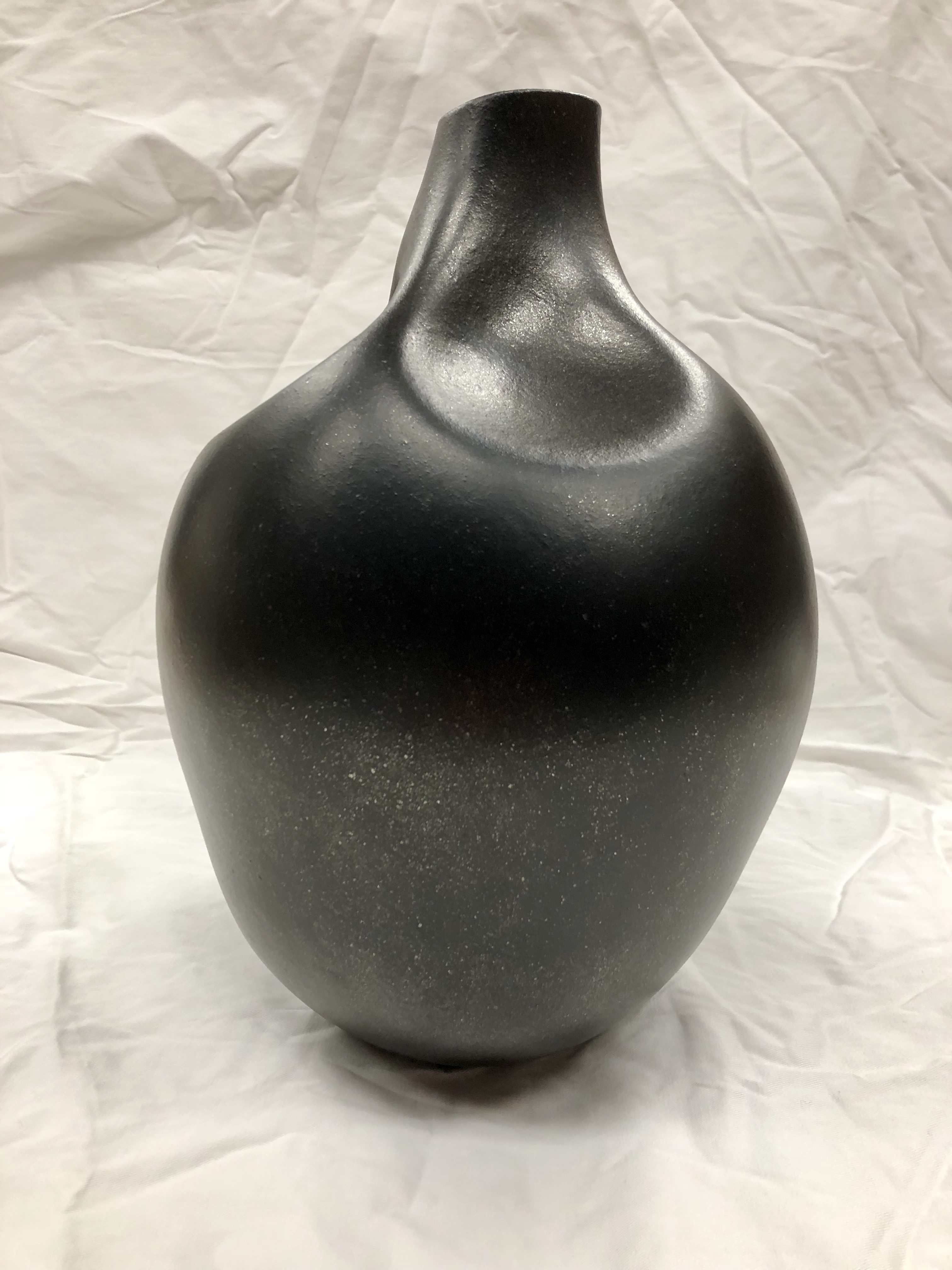 Black micaceous pot, about 15” high, with a narrow asymmetrical rim and four gourd-like shallow depressions around the shoulder of the piece (June 2018).

Known for their organic beauty and unusually thin walls, Lonnie’s pottery is consistently highly sought after.  We are enormously privileged that Lonnie will be donating one of his famed micaceous pots for the IARC 40th anniversary auction.

Lonnie Vigil of Nambe Pueblo was the first recipient of the Ron and Susan Dubin Native American Artist Fellowship in 1994. A micaceous potter, Lonnie is largely responsible for the new wave of interest and appreciation for micaceous pottery, which was previously overlooked by collectors as being solely utilitarian.  Lonnie, whose pots have won the top awards at several Santa Fe Indian Markets, including a groundbreaking Best in Show award in 2001, sees himself as “a guardian of the clay” and says, “I feel responsible for making sure that the Clay Mother stays alive in my village.” 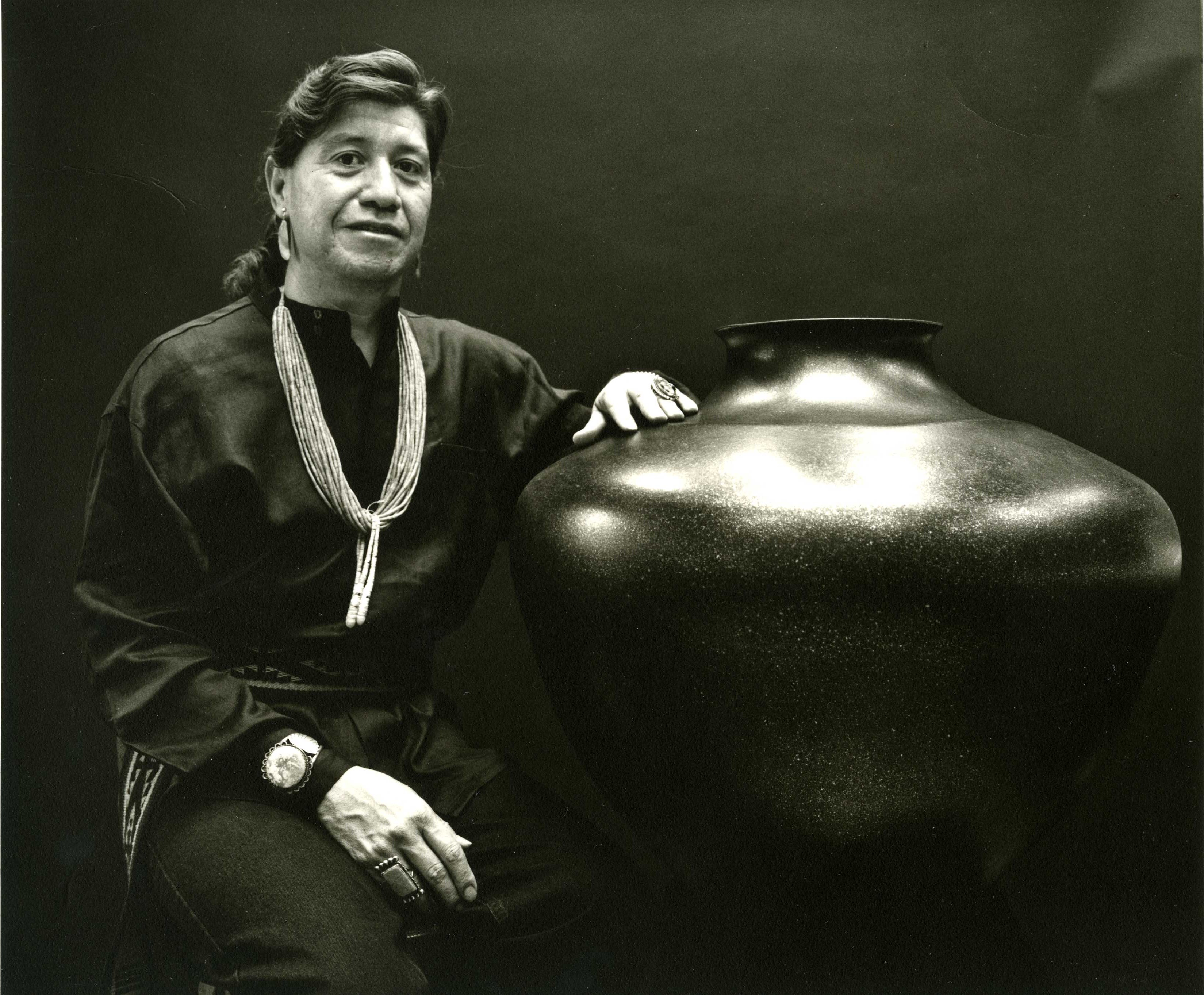 Back to the Auction Page