Exhibitions / Evolution in Clay / The Potters We Know

The Potters We Know

At the Indian Arts Research Center, three of its thirteen pieces from San Felipe were made by Candelaria Montaño. For one of the seminars, the IARC invited family members of Candelaria to visit with the potters and to share information about her. They included Candelaria’s granddaughter, Carlene Sandoval, Carlene’s husband Irvin, Sally Montaño, and Candelaria’s great-grandchildren, Daphne Montaño and Jonathan Montaño. 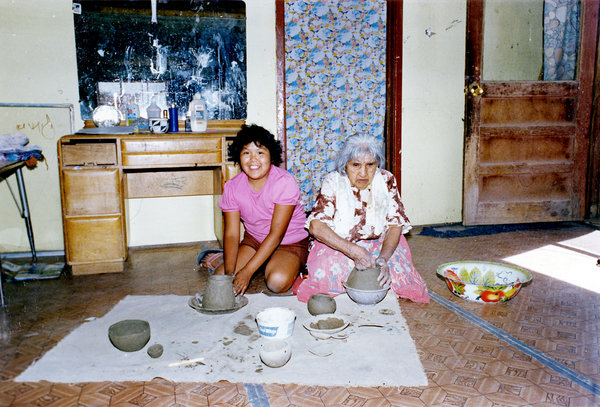 Her family estimates that Candelaria was born on January 31, 1900. As children, Daphne and Jonathan used to gather pottery making materials for their great-grandmother, and Daphne began to learn how to make pottery. As Candelaria grew older, they helped her sign her pots and mentioned that she always preferred to sign her name in pencil. They also pointed out that her bird figures were her signature pieces. Daphne shared a humorous story related to her great-grandmother’s birds:

She would even make a joke, drawing her little birds on the pots. She would always say they were forced to go to school, and the nuns would teach them their nouns, their verbs, and all that, and so she’ll say “bird is a noun” (everyone laughs). She’ll say that and we’ll start laughing cause as old as she was…

Jonathan Montano finished for her, “She still knew her nouns!” Candelaria’s bird figures and drawings of birds on her pots can be found in the various collections that hold her work.

It seems Candelaria was quite prolific in her pottery production as her work can be found in a number of museum collections such as the Heard Museum in Phoenix and Arizona State Museum in Tucson. She often sold her pottery directly to private collectors or to shops such as Manny Goodman’s Covered Wagon in Old Town Albuquerque. Bird figurine by Candelaria Montaño, clay and paint, 1973. Other collectors were from as far away as the Netherlands. 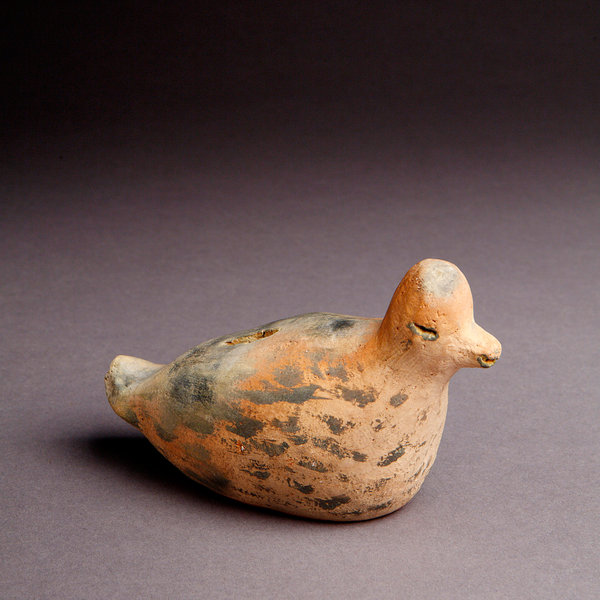 Courtesy of the School for Advanced Research; SAR.1990-16-5. Photograph by Addison Doty.

Some museum records of Candelaria’s work indicate that she was the only San Felipe potter working at the time her pottery was collected. This seems unlikely given the stories shared by potters during the seminars and the documentation of additional potters by other institutions. With her prolific pottery making and her personal history, it is more likely that she was the most visible and one of the only potters to sell her work outside of the community.

Sometimes publications refer to Candelaria’s last name as Montana, Montoya, or Montero, but Montaño is correct. She passed away in the 1990s and is respectfully remembered in San Felipe as a productive potter leaving behind a legacy of pottery for future generations to treasure.