Very little historical San Felipe pottery survives today in public collections. The lack is compounded by the fact that very little documentation about San Felipe exists because of its oral-based traditions and a cultural conservatism that frowns upon sharing cultural information with outsiders. In historical and contemporary documents describing the history of San Felipe pottery, the pottery itself is often described in myriad ways such as red-banded black on white storage jars, traditional utility ware, and an experimental style. During the seminars, contemporary potters speculated as to the reasons for this and agreed on two primary explanations. 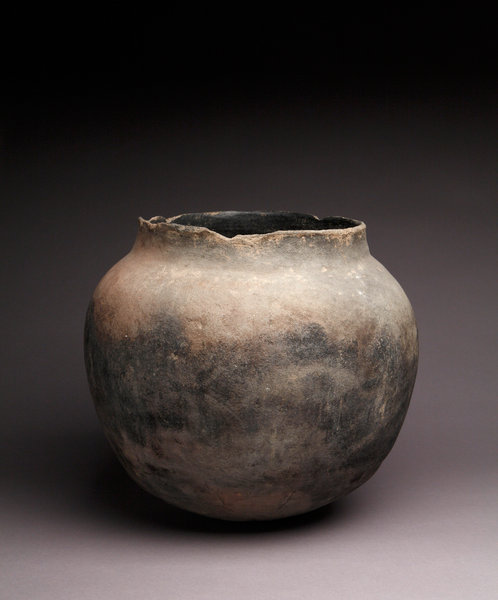 San Felipe pottery has been described in many ways including utility ware, glazeware, and polychrome matteware. Courtesy School for Advanced Research; IAF.334. Photograph by Addison Doty

The potters surmise that the lack of San Felipe pottery is due to the trade between pueblos. With agriculture being a driving force at San Felipe and with pottery so readily available in adjoining pueblos, it was easier to trade for pottery than make their own. Additionally, at least in more recent times, San Felipe has been located along major transportation routes, including the railroad in the nineteenth century, which stopped at San Felipe; and now Interstate 25.

This history of trade between pueblos is strong and well documented. Scholar and director of the Wheelwright Museum of the American Indian, Jonathan Batkin, points out that “big storage jars such as the ones from Zia were [used as shipping containers] and traded all over the place.” Similarly, Francis Harlow notes that until about 1700, much glazeware was traded northward from the Keres Pueblos into Tewa country after which the direction reversed, with pottery being traded to the south. 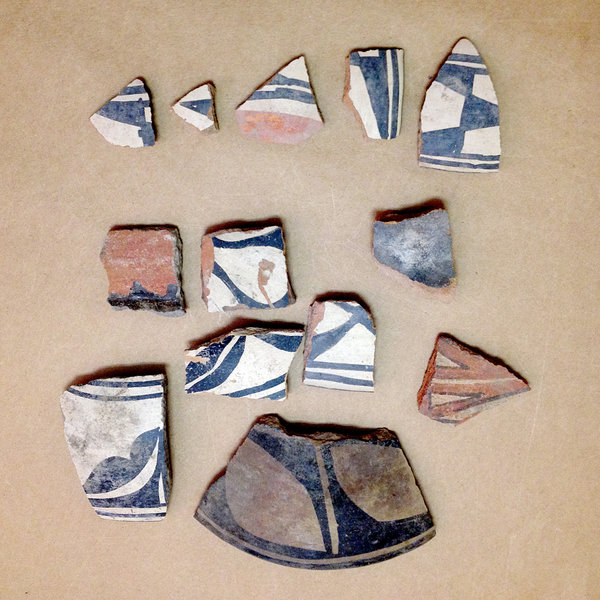 Collected by Bertha Dutton in 1934, these pottery shards bear a striking resemblance to pottery found at Santo Domingo and Cochiti Pueblos and represent just one of many types that have been found at San Felipe. Collection of Museum of Indian Arts & Culture/Laboratory of Anthropology; LA 2232

Much discussion occurred among the potters about the culturally conservative and closed nature of San Felipe. They shared that they had a difficult time finding others in the Pueblo who would share information about pottery making or designs. In general, participants expressed the strong emphasis on not asking questions of elders. Ray Garcia articulated this difficulty in acquiring information to make pottery:

I’m going through difficult challenges finding clay sources around the village, finding information, and it’s really tough. I was born into a clay family, but my grandmother had passed away, and about twenty-five years passed before I even got back into doing anything with pottery or clay, so that was very difficult.

The majority of potters in the seminar did not come to learn pottery in the typical way (through family) but were self-taught, took pottery classes outside San Felipe, or learned from friends and family from other pueblos. This method of learning pottery elsewhere due to cultural conservatism also lends itself to promoting an experimental aesthetic in San Felipe pottery since what is learned varies widely.