Ray was born in Albuquerque, New Mexico, on June 23, 1966, into a family of jewelers and potters. As a young boy, he pulled his wagon to the south side of the Pueblo of San Felipe to collect clay with his grandmother, Maria Chavez, to use in the creation of her pots. On their journeys to collect the clay from precious Mother Earth, she would tell stories about the animals and insects, which he incorporates in his pottery today. Ray’s grandmother instilled in him the love of making pottery as he learned how to mold the different clays and when to touch and when not to touch the delicate pots. This is where he feels his connection today. 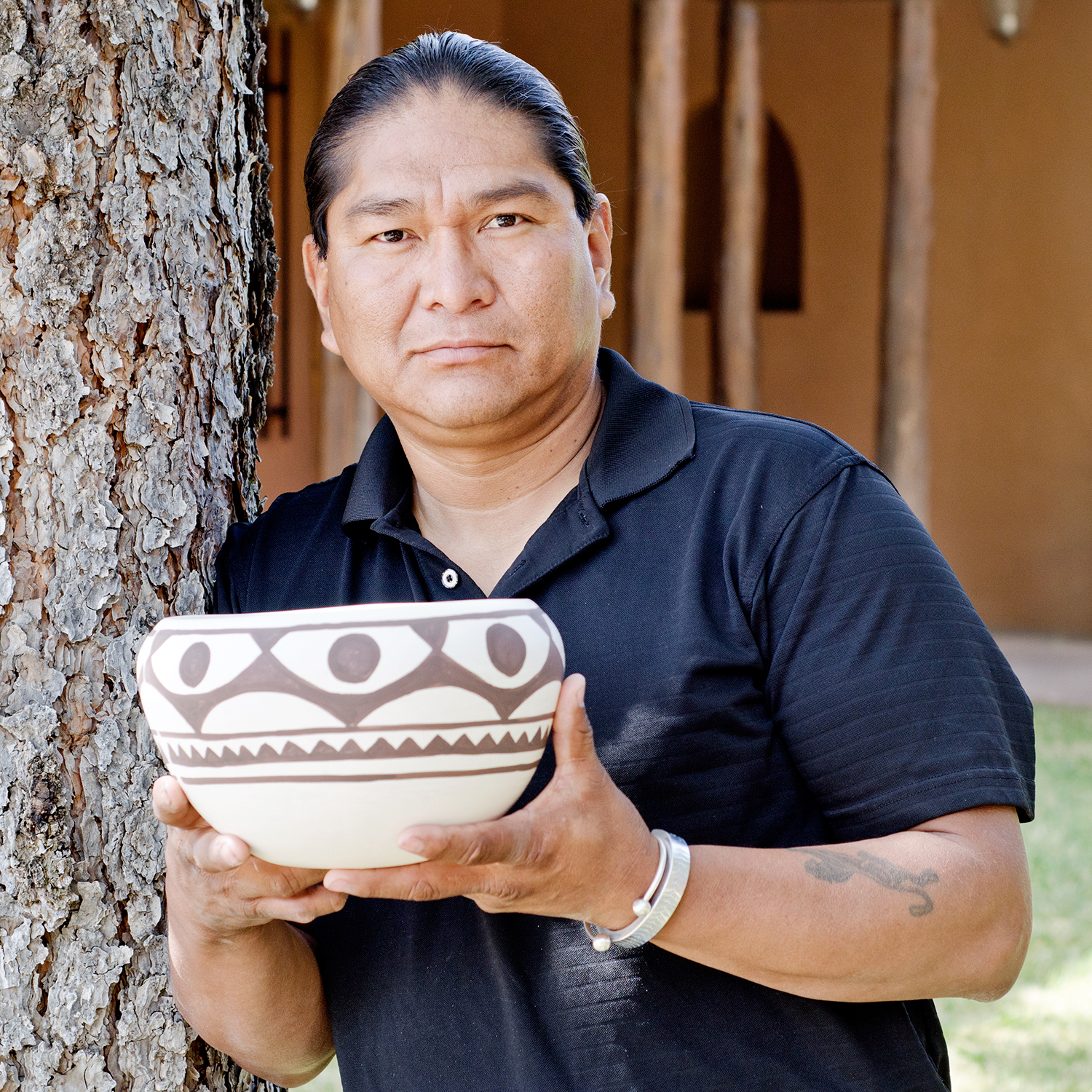 Ray’s interest in creating traditional arts started at the age of ten. He worked with the entire family producing turquoise and heshi necklaces to wear for special San Felipe Pueblo cultural events and also for sale to provide income for the family. At sixteen, Ray was introduced to silverwork by his mother, who was a silversmith in the Pueblo. He learned different methods of working silver including inlay, tufa casting, and overlay.

Ray Garcia explains how his travels and the people he meets influence his pottery. For him, art is always changing and evolving.


When Ray graduated from Santa Fe Indian School, he enlisted in the United States Navy. This allowed him to travel the world and gave him an opportunity to experience other cultures and their arts. Ray was intrigued with and influenced by the art he encountered during his tour of duty.

With few potters at San Felipe, Ray had to learn his techniques through experimentation. In 2004, he began going to the art studio at the Student Union building at the University of New Mexico to learn from the other students and artists. Since then, he has taken Pueblo pottery and micaceous pottery classes at the Poeh Center in Pojoaque Pueblo. He continues working with both silver and clay, reimagining designs inspired by his travels. In his pottery, however, Ray primarily incorporates traditional elements of New Mexico.

At the age of forty-two, Ray began to have dreams and visions of pottery designs. These dreams and visions, he believes, were sent to him to reawaken a sense of connection that had been lost over time and also to rekindle his forgotten love of pottery. This was the beginning of his real journey, using clay of all types, but it is especially the clay from San Felipe that “fills my heart with joy.”

Ray has enjoyed a personal renaissance in his pottery and its inspiration, which is clearly apparent in many of his current pieces. He now feels the relationship to Mother Earth and to his past that had escaped him when he was younger. There is peace and a clear understanding of his dreams and visions. As he sits and works with clay, Ray says that he becomes the clay; it is an extension of him. “I put all of myself into each pot and, in this way, each is a unique experience all in itself and to itself. I know the peace and comfort that my grandmother felt when working her pots and now I share my dreams and visions, expressed through my pottery, to be experienced by all.” 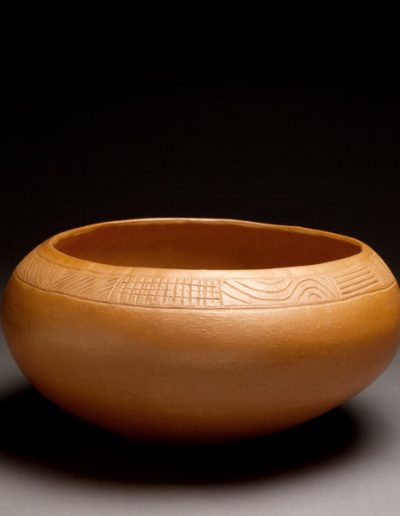 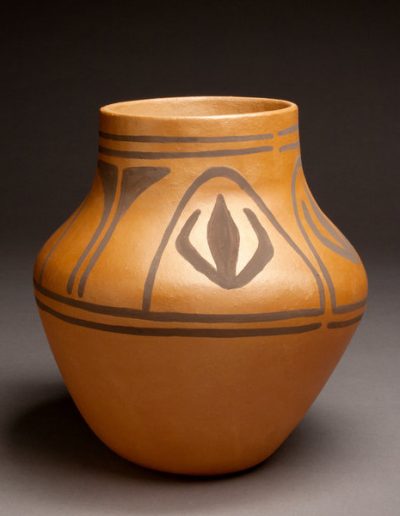 Jar with floral designs by Ray Garcia, clay and paint, 2012 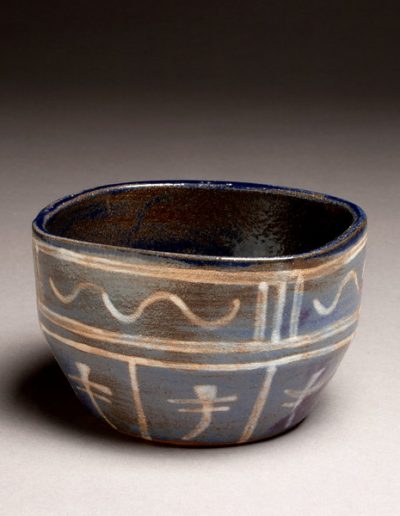 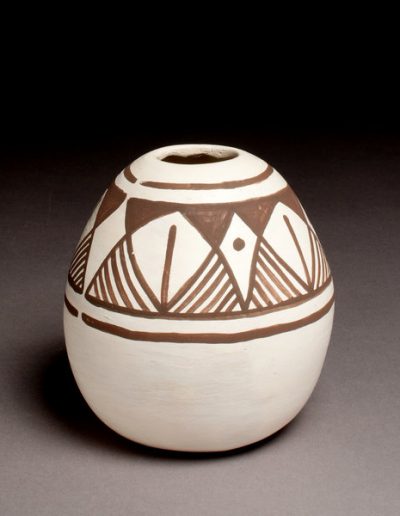 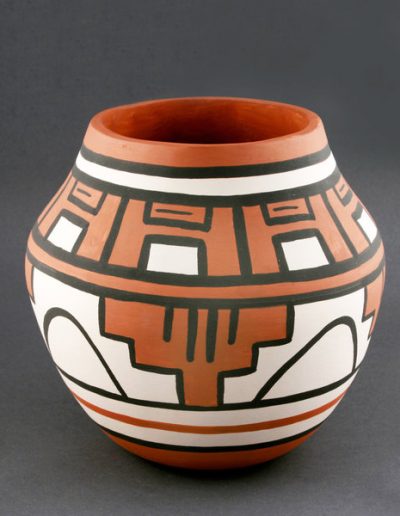 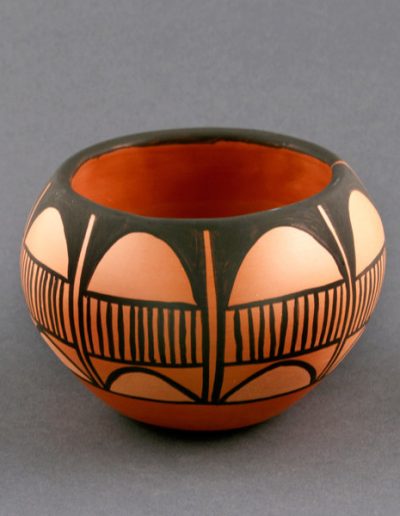 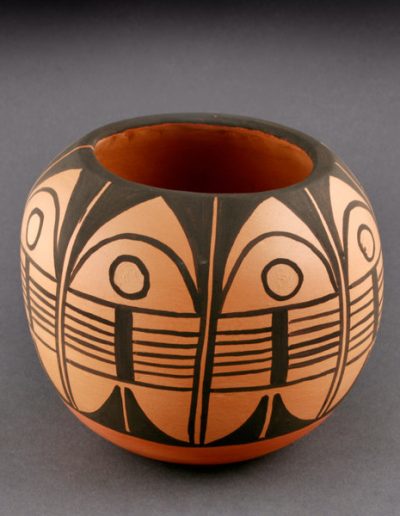 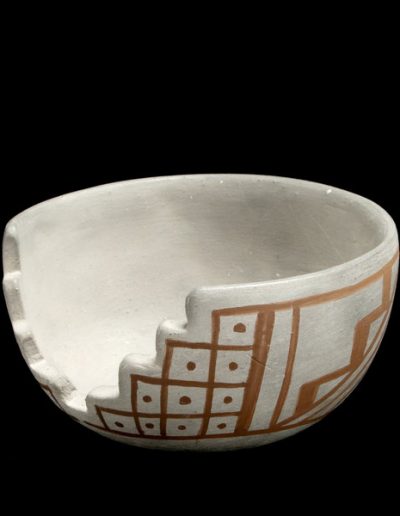 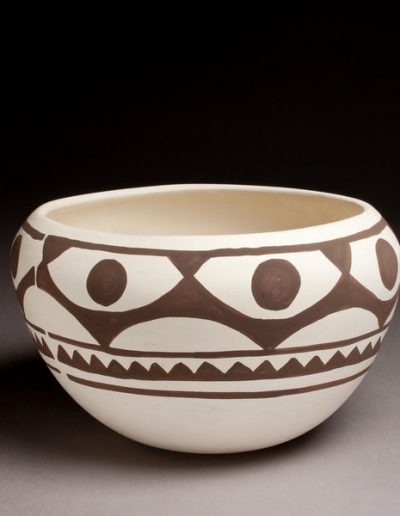