Joseph is a member of the Corn/Water Clan and the son of Joe Latoma. His father is from Zuni Pueblo, thus, his Zuni name. His mother is Margaret Chavez of San Felipe Pueblo, providing his matriarchal link to San Felipe. In addition to silversmithing, he has been potting for twenty-three years. He spent his first eight years doing research, interviewing elders, and experimenting through trial and error. 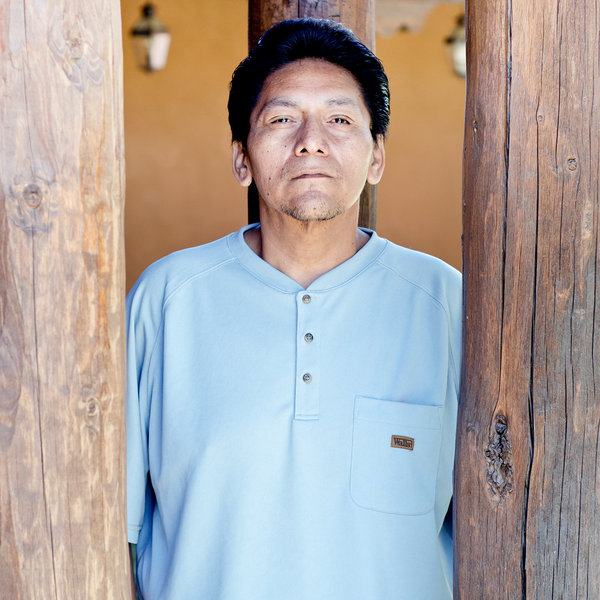 Because there is little documented historic pottery from San Felipe, Joseph has created his designs based on the memories of Pueblo elders from both San Felipe and Zuni. He is self-taught and began experimenting with local clay at the same time he became interested in researching his Pueblo’s traditional pottery styles in 1989. He is very interested in reintroducing traditional San Felipe pottery to both the Pueblo and a wider public.

Joseph Latoma shares how he learned about pottery designs and explains about the diverse nature of San Felipe pottery.


Joseph specializes in polychrome ollas, replicating artifacts through a hand-coiling technique. He has taught his wife, Nona, and their children, Dustin, Jaylene, Dalon, Janalyn, and Damon, to make pottery. He explains that this is the best way to teach children about their culture and traditions. The imagery on each pot has a story behind it. He does not put just any type of art on the pottery. The design on each piece is determined by the style of the pottery. Joseph says, “I make pottery to keep San Felipe traditions alive. It’s important to me that people know that San Felipe pottery exists.”

Joseph has won awards at the New Mexico State Fair, including Best of Show in 1980, and also first and second prizes in pottery with his wife, Nona Latoma, at the twelfth Annual Prescott Indian Art Market in 2009 (Arizona). Although Joseph and Nona usually work as a team to collaborate on all of his pots, he acknowledges that Nona has become quite a good potter in her own right due to the fact that she is a “perfectionist…paying attention to details” of pottery work. Joseph is represented by Adobe Gallery and Andrea Fisher Fine Pottery, both in Santa Fe, New Mexico; Chimayo Gallery in Chimayo, New Mexico; Mesa’s Edge in Taos, New Mexico; Heard Museum Shop in Phoenix, Arizona; and Turquoise Village in Zuni, New Mexico. 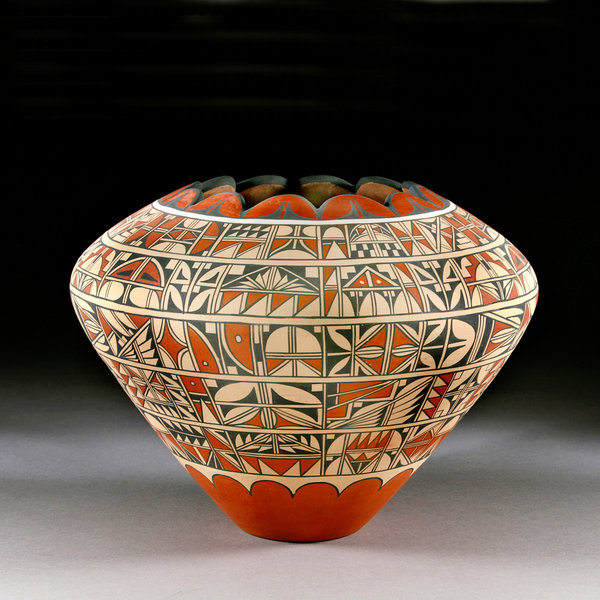 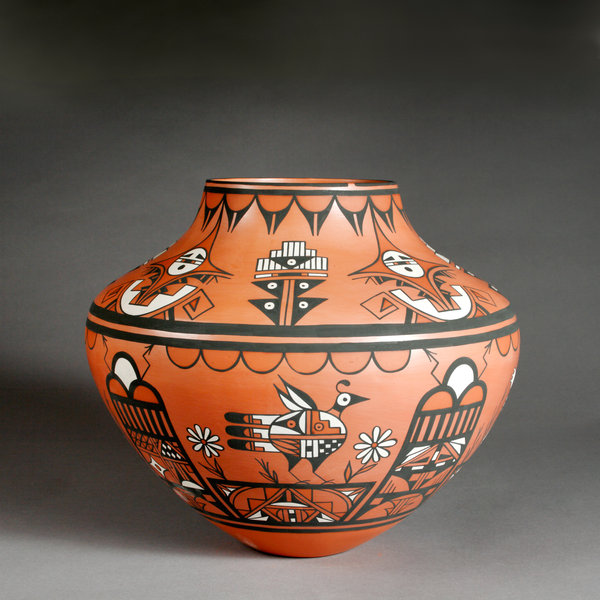