Born in 1983, Gerren is part of a younger generation of potters from San Felipe. At a young age, he first learned about pottery making and marketing from his grandmother Juanita Toledo, who was from Jemez. His mother, Sara Candelaria, grew up there and would take him and his brother Daryl to Jemez to visit her family where Gerren’s grandmother would be making pottery. He remembers, “She’d always offer me a piece of clay to make something. So that’s how I got started, but other than that, the main person that helped me out was my brother Daryl. That’s where I learned how to make bigger pieces.” 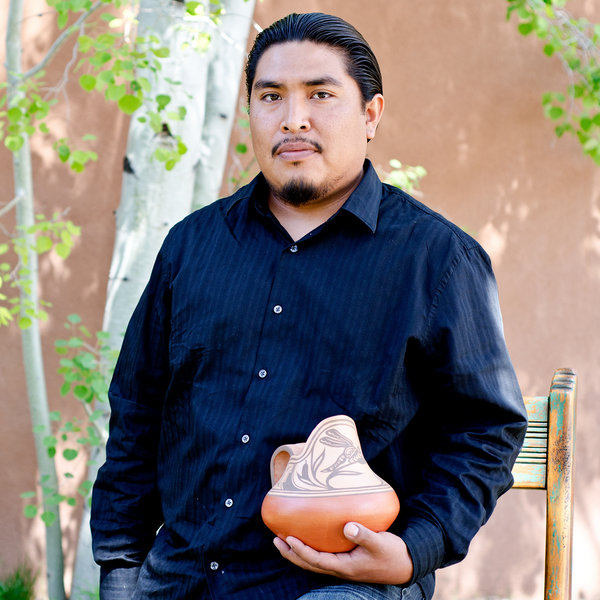 He usually sells his pottery to his communities of San Felipe and Jemez Pueblos, so there are only a handful of people outside the Pueblo who have collected his pieces. Gerren strongly believes that his pieces should be used in the traditional manner for which they were intended and encourages his clients to do so instead of “just leaving it sitting around collecting dust.” His stew bowls can be found serving beans and chili during feasts and festivals around the village.

Gerren Candelaria speaks about his pottery and what inspires him to create.


Gerren says that his style is derived from many Southwestern Pueblo pottery traditions with his designs inspired by what he finds in nature. He likes to experiment with other traditional pottery making techniques, working with different types of natural tempers, clay, slips, and firing. For the most part, however, his materials are collected within the immediate area of San Felipe and Jemez Pueblos. 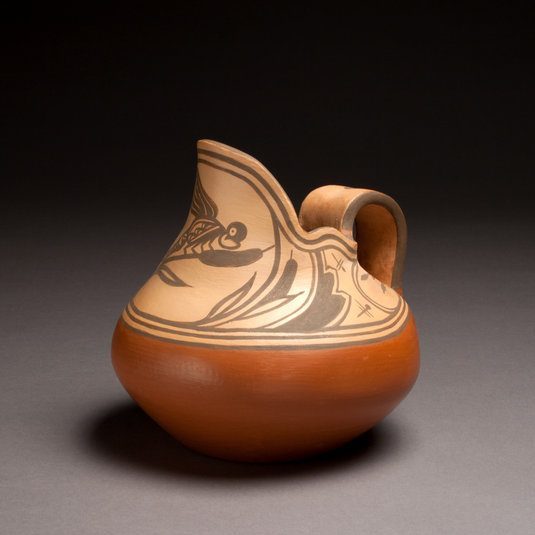 Gerren credits the Jemez style as his foundation, but also makes the distinction that his style is San Felipe because that is where he lives. He notes, “I make pottery for my community because it is needed for traditional purposes. It is important because it is a part of who we are and who we will be in the future.” While Gerren has not participated in any major art shows, he looks forward to exposing his work to a broader audience. When not creating pottery, he works as a rancher and farmer, attending to his family’s cattle and fields.