What is seed sovereignty, and how is global climate change influencing farming and food practices in Native American communities? Anthropologist Elizabeth Hoover (Mohawk/Mi’kmaq) has spent the last decade exploring these questions and more. After visiting thirty-nine Native American food and farming heritage projects—including several in New Mexico—and conducting formal and informal interviews with chefs, farm owners, growers, and community members, Hoover has developed a project that will serve as one of the first comprehensive multi-site ethnographies of the Native American food sovereignty movement.

The School for Advanced Research will host Dr. Hoover on Thursday, March 21, 2019, at the James A. Little Theater at the School for the Deaf in Santa Fe (6:30 p.m.–7:30 p.m.) for a presentation on her recent work: From “Garden Warriors” to “Good Seeds” – Indigenizing the Local Food Movement.

REGISTER FOR THIS EVENT 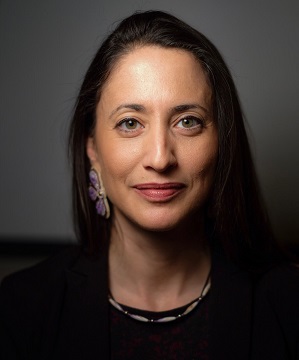 Elizabeth Hoover. Photo by Adam Sings In The Timber 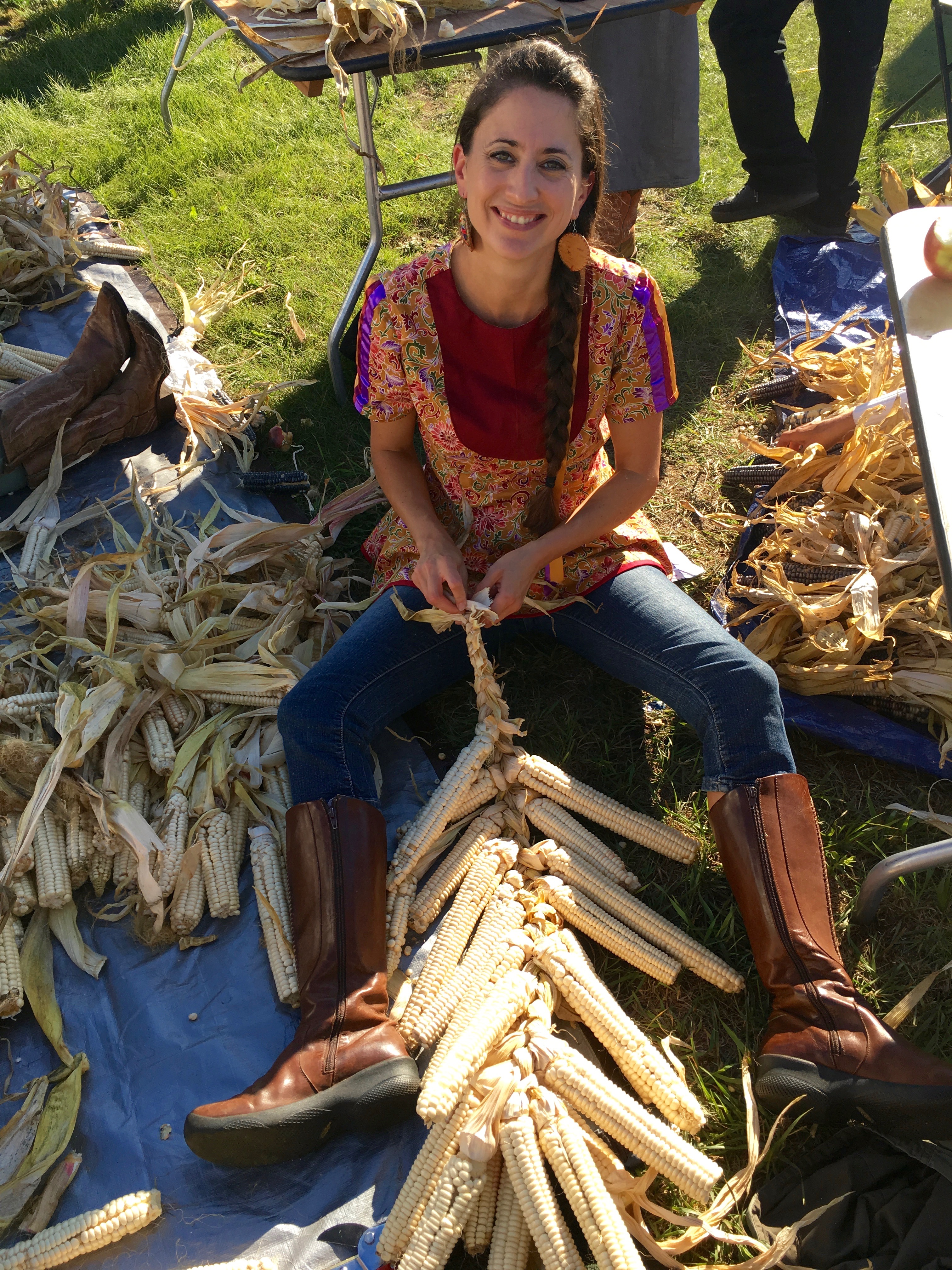 Braiding Native corn. Photo courtesy of Elizabeth Hoover.
Hoover’s first book, The River Is in Us: Fighting Toxics in a Mohawk Community (University of Minnesota Press, 2017), described the impacts of environmental contaminants released from three Superfund sites near Akwesasne, an indigenous community in upstate New York. Her current project draws from environmental justice movements and brings the role of food heritage to the fore. She notes, “In the academic and nonprofit world people love these terms like ‘food sovereignty’ and ‘seed saving,’ but I wanted to know what these ideas meant to people who were doing work on the ground and in their own communities.” From activist efforts to deter impending pipeline projects by cultivating Native corn in the direct line of construction to Native American chefs promoting innovative approaches in Native cuisine, Hoover’s examples encourage us all to see the ways Native American farming and food practices may help shape our shared future.

Hoover is the Manning Assistant Professor of American Studies, at Brown University where she teaches on environmental health and justice in Native communities, indigenous food movements, Native American museum curation, and community engaged research. She received a BA from Williams College, MA from Brown in Anthropology/Museum Studies, and PhD from Brown in Anthropology, with a focus on environmental and medical Anthropology as it applies to Native American communities responding to environmental contamination. She is currently a 2018-2019 external faculty fellow at Stanford Humanities Center.

The fall 2021 In-Depth courses are open to all SAR members and taught online so participants can join from anywhere. These courses offer one of the most unique ways for SAR members to engage with[...]
View Calendar
Add