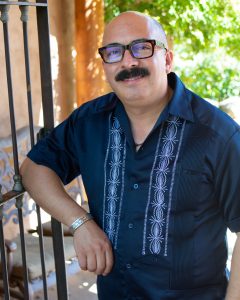 William Calvo-Quirós, SAR’s 2018 Andrew W. Mellon Fellow in Latino Studies, was one of three Americans invited to participate in the World Conference on Xenophobia, Racism, and Populist Nationalism in the Context of Global Migration (September 18-20, 2018).  Joining over 230 experts from around the world, Calvo-Quirós worked with the other attendees for three days in Rome and in the Vatican City to explore the human experience of immigration and its relationship to the Catholic Church and other organized religions. Jointly hosted by the Dicastery for Promoting Integral Human Development, the World Council of Churches, and the Pontifical Council for Promoting Christian Unity, this conference was the first of its kind.

“We worked on a document—it will be shared with the different churches and other organizations. I think that it created a sense that we are a global family and this is a drama—a painful experience—that is affecting everybody in different ways. It brought together people who are working on immigration in so many different ways and reassured them that they are not alone and that they are part of a network of people who care.”

Calvo-Quirós situates the conference within the context of rising populist and nationalist movements around the globe, but he notes the location of the Vatican as one important influence on the need for the gathering. “Italy is going through the same turmoil that we [the United States] were maybe a year and a half ago during the election. There is extreme rhetoric against immigrants and a backlash of the conservative movement. I think the Catholic Church as a global institution was caught; the Vatican is a state within a state, so they are very much caught in this kind of fight. A lot of people are looking to them to give some kind of guidelines.”

The Dicastery for Promoting Integral Human Development (a pontifical council founded in 2016) arranged this first meeting to explore shared narratives and global needs. “Something that is interesting is that so many of the large religions share some kind of immigrant experience in their founder: Christ, Mary, and Joseph had to escape to Egypt; Jewish traditions speak about a community wandering the desert; and Muḥammad has experience with immigration as he’s forced to move to another place. We do not know that these experiences are true historical events or not, scholars debate this, but even in the realm of metaphor, there is a shared narrative that speaks to the role of immigration as a human experience.” This first meeting, Calvo-Quirós explains, “Illustrated that caring for others, especially for the most vulnerable—in this case immigrants—is not only a Christian duty but a human responsibility, as we are one single human family.”

The next steps will likely include more global or regional meetings. Calvo-Quirós, back in the states, is incorporating the lessons learned into his work here at SAR. “When I’m writing now, I’m thinking, ‘I’m writing about Latinos in the United States and migration, but really I’m writing about the migration of faith. It’s not really only about the United States.’ So I’m recognizing that this migration of faith is something that happens everywhere and happens all the time. In that way, it has clearly helped me to see my project in the context of the global, not just the local. The other thing that I was able to better understand [through the conference] is that I am not in the business of judging either side. We can be critical, but we are not judging. And I’m asking how the church can be better at providing care and companionship for the journey of these people.” 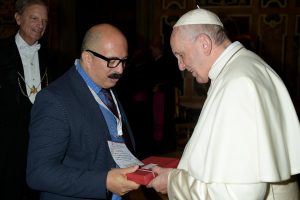 At the conclusion of the conference, attendees held a special meeting with Pope Francis. Calvo-Quirós, himself a Catholic, was able to converse with the pope and give him a letter in Spanish—their shared native language. He also delivered a ceramic cross, crafted by a local Native American artist, as a gift. “I told him, ‘I’m from the University of Michigan. I am now in Santa Fe because I am doing a fellowship. I’m doing research on immigration and popular saints.’ I said, ‘I’m queer,’ and he did not blink or anything, and I said I was bringing him a little gift that I bought here at the Museum of Indian Arts and Culture. This is a cross that I brought from Santa Fe.’ And he said, ‘The cross that I carry is designed by a Santa Fe artist, so I remember Santa Fe.’” 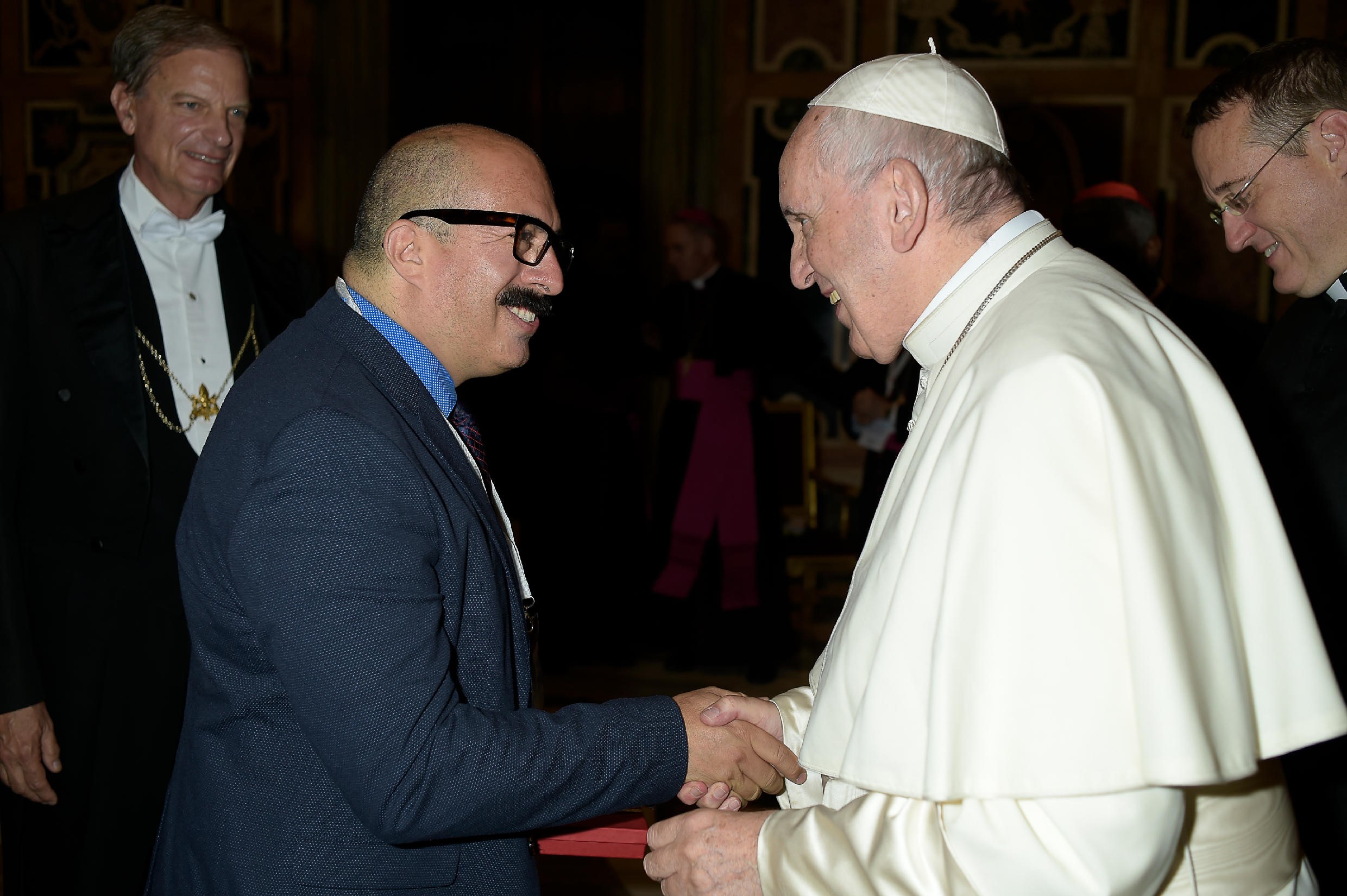 Calvo-Quirós will be at SAR until May as he develops his book. Reflecting on the conference and his perspective from within New Mexico, he says

Being in this fellowship is so important because as I’m writing these chapters, I’m in a place where it is deeply Catholic historically and culturally, but at the same time, it is also deeply mixed. We have Indigenous, Anglos, and Latinos coexisting simultaneously. When I think about New Mexico, it is a community that has done a lot of work in the realm of inter-relationships and inter-religious experiences. If I go to Mass here, the Mass is in Spanish and English mixed together. It may help us to understand how the church could look in the future in terms of this kind of integration. At the same time, it is still very divided in terms of language and race and class and legal status, so that is also work that we need to figure out.

The School for Advanced Research hosts six resident scholars annually who are working to advance creative inquiry in social-science fields through their projects. Learn more and meet the 2018-2019 resident scholars here.